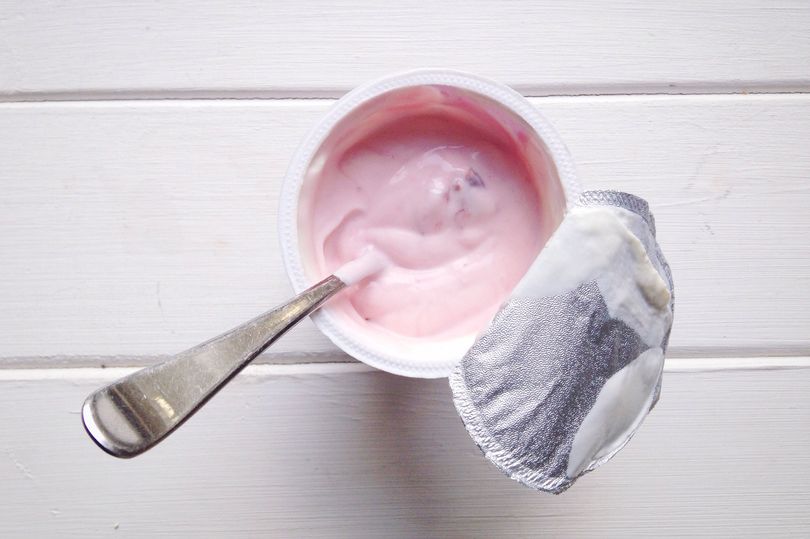 Working with the Yogurt Council made me aware of the huge number of health benefits of yoghurt. And today, many experts say we should have at least a pot a day, and if ­possible, two. I usually have mine as dessert, but the latest research says I should be ­eating it as a starter.

That was the suggestion from a US study which found that women who ate yoghurt before a high-fat, high-carb breakfast (two sausage muffins and two hash browns) had lower levels of inflammation in their blood and less blood sugar than those who hadn’t.

“Yoghurt before a meal is a feasible way to improve post-meal ­metabolism and may help reduce the risk of cardiovascular and metabolic diseases,” said the team from Wisconsin, US.

A simple pot of yoghurt can ease hay fever symptoms, keep bones strong and even reduce the risk of heart disease. It may also help with weight loss and prevent infections. And perhaps more surprising is the more fat there is in a yoghurt, the better. Yoghurt is heavyweight nutrition, providing around a third of our daily iodine and bone-building calcium, and nearly 15% of our daily protein, which is similar to a boiled egg.

It also provides 30% of our daily phosphorus, needed for healthy bones and teeth, and around a fifth of our recommended amount of vitamin B12 (to release energy from food) and potassium (which helps with healthy blood pressure).

My mum used to feed my sister and I cream cheese from sour milk and it’s the curdling that makes yoghurt a wonder food.

Yoghurts are made by fermenting (curdling) milk with two bacteria, streptococcus thermophilus and ­lactobacillus bulgaricus, which produce an acid that preserves the yoghurt and kills off harmful bacteria such as salmonella.

Adam Cunliffe of London’s South Bank University says: “There’s evidence yoghurt will protect us from infections as the gut lining, packed with bacteria from the yoghurt, works like a primer for the immune system and keeps it on its toes ready to fight off infection.”

Furthermore, a daily serving of yoghurt reduces the risk of developing Type 2 diabetes by 18%, probably by improving insulin sensitivity.

And a Reading University trial found children who ate yoghurt daily were at lower risk of heart disease and of diabetes later in life.