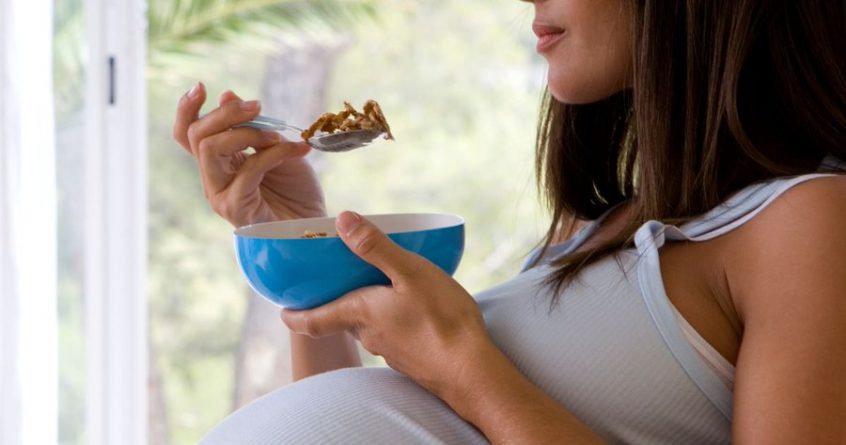 A useful mantra for pregnant women is “your baby is what you eat”.

And a study of mums and babies, led by researchers at the University of Oxford, really brings this home.

It showed a mother’s fat metabolism – what she eats – ­affects foetal and newborn growth, plus development into childhood.

The research, in collaboration with the University of California, Berkeley, followed 3,500 babies and their mothers in six countries from early pregnancy through to childhood.

It showed that as early as the fifth month of pregnancy, the mother’s blood fat levels influenced the growth of the unborn baby and its risk of adiposity – being overweight.

Furthermore, the mother’s blood fat influenced a child’s weight and its own body fat at two years of age – and presumably into adult life.

So could this be a way to identify infants at risk of being overweight and obese – one of the biggest global health issues?

The researchers monitored the growth inside the womb of babies in Brazil, Kenya, Pakistan, South Africa, ­Thailand and the UK using ultrasound scans.

They also analysed blood samples taken from the women early in pregnancy and from the baby’s umbilical cord at birth.

They then followed the growth and development of the infants until two years of age.

Jose Villar, Professor of Perinatal Medicine at Oxford University, who co-led the study, said: “This is the first comprehensive evidence, across geographic populations, of the complex interaction between maternal and foetal metabolism that regulates, early in pregnancy, unique foetal trajectories linked specifically to weight, adiposity and development during childhood.”

Aris Papageorghiou, Professor of Foetal Medicine at Oxford University, another co-leader of the study, said: “Much has been said about the importance of the first 1,000 days of life in determining future health outcomes.

“The finding of an association with maternal lipid metabolism early in pregnancy also provides unique insights into how the mother’s health and diet influence her child’s adiposity.”

A third co-leader, Stephen Kennedy, Professor of Reproductive Medicine at Oxford University, said the study offers a clue to how obesity starts.

“This landmark study has provided valuable new insights into the ­biological origins of childhood obesity, which is one of the most pressing public health issues facing governments around the world,” he added.

“The findings could contribute to earlier identification of infants at risk of obesity. Policymakers must take notice of these findings in their efforts to prevent the oncoming epidemic of obesity with all its likely adverse social and economic consequences.”