We know from rafts of ­research that isolation is bad for us. It’s associated with a clutch of diseases including depression, high blood ­pressure and heart disease.

And what do teenagers use to build those walls? They use the device of our times – a screen. Screens of all kinds.

In whatever form, screens are ­addictive. And addictive from an early age. Research has shown that given the chance, six-month-old babies prefer screens to real human faces.

Hand in hand with this addiction to screens we are seeing an explosion of teenage mental health problems.

Social media claims to be inclusive, keeping you connected. But it’s not.

It isolates you from real people. Screens have even been described as being toxic for teenagers.

Psychologist Jean Twenge, a professor at San Diego State ­University, believes today’s teenagers are “on the brink” of a major mental health crisis and pleads, “do anything that doesn’t involve a screen”. 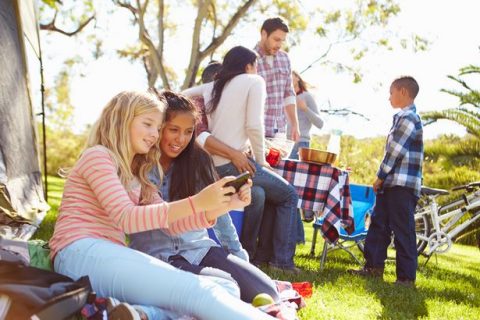 The problem is, she claims, children born between 1995 and 2012 have grown up with a smartphone in their hands, and it has “changed every aspect” of their lives. The number of teenagers who actually see their friends frequently has dropped by more than 40% since 2000.

Modern teenagers are slower to learn to drive, or earn money, and spend more time in the parental home. They’re “on their phone, in their room, alone and often distressed”, she says.

Some commentators, however, say we should be encouraging our children to spend more time online.

Robert Hannigan, former director of GCHQ, said in August that Britain is ­desperately short of ­engineers and computer scientists, and urged ­children to develop cyber skills to compete in the digital economy.

I’m not the first to say that social media is inferior to real human contact, and harms mental health.

Studies show teens who spend three hours a day online are 35% more likely to have a risk factor for suicide. The suicide rate among girls aged 12 to 14 has tripled in a decade.

I think that’s sufficient evidence for you to take more than a passing interest in how much time your teenager spends in front of a screen and maybe limit it.