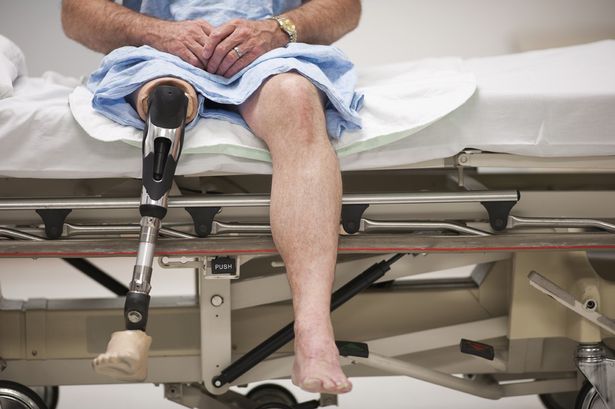 During the years I practised as a hospital doctor I saw only one amputee. He’d had his lower leg amputated for bad circulation worsened by smoking . He wouldn’t give up his Woodbines, though, not even if his other leg was in jeopardy.

It’s a totally different picture today. Amputation is becoming commonplace – as a complication of diabetes. And no one seems worried.

That’s because so many people are obese and it’s accepted as normal. Fat people develop Type 2 diabetes, and that, in turn, has become ‘normal’.

Diabetes is perpetually in the news. It costs £10billion a year, a tenth of the total NHS budget. Britain now has an ­estimated four million diabetics, and many are undiagnosed.

I find the lack of discussion about the consequences of diabetes terrifying. It has no cure and if it’s ignored, it will get worse.

In Britain, diabetes causes 7,000 amputations a year – 135 legs are cut off every week and rising.

Diabetes is nothing if not aggressive. It hurts every organ in the body. High blood sugar levels damage the delicate lining of small arteries leading to ­restriction of circulation to the legs. You lose ­sensation in your feet so if you stand on a pin, you won’t feel it.

Infections are more virulent and poor circulation means antibiotics can’t reach the infection and amputation follows. According to Diabetes UK, 80% of ­amputations could be prevented.

Dr Natasha Patel is a consultant in diabetes at Guy’s and St Thomas’ ­hospitals and says Type 2 patients often go into denial. They ignore advice and don’t take their medication.

Guy’s and St Thomas’ vascular surgeon, Hany Zayed, is able to salvage many legs by bypassing a blockage or inserting a stent to keep blood flowing. But often, as the disease progresses, a blockage will occur again elsewhere. Often it’s a leg or a life, he says.

For Zayed, an amputation is a failure. The key to surviving diabetes, he says, is “taking ownership of your health”.

But most of his patients don’t look after themselves. Worse still, they ignore a foot infection after they’ve lost all feeling.

Diabetics must check their feet daily, not walk barefoot, avoid ill-fitting shoes and get someone to cut their toenails.