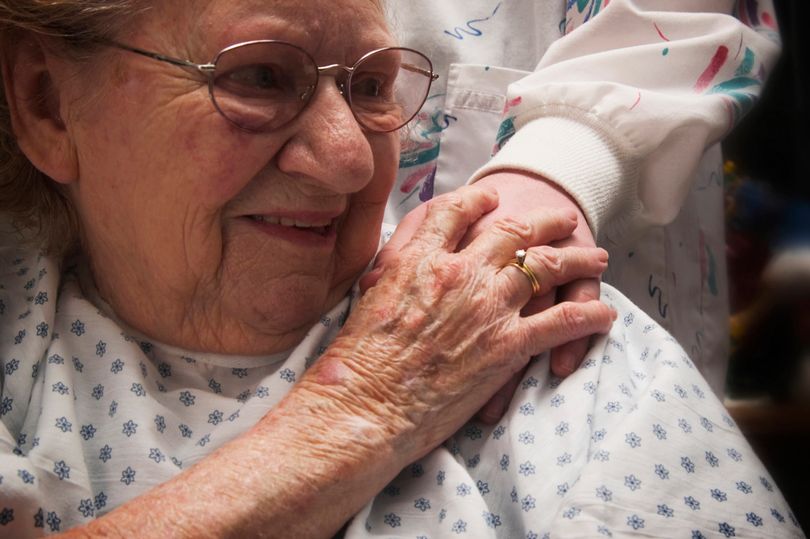 Most of us think palliative care is for people in the terminal stage of cancer. It is often delayed until the last few weeks or days of life when treatments are no longer effective.

However, we need to rethink that as up to 80% of people who die could benefit from palliative care earlier.

What is palliative care? It’s the ­wraparound care of people with a terminal illness and continues until their life ends. The best palliative care covers many needs: medical, social, psychological and spiritual and is patient-centred.

There are many benefits of early palliative care for families as well as patients. Outpatient specialist ­palliative care in particular improves quality of life and, for some, longevity.

It can also help avoid uncomfortable interventions that have little benefit. Studies of older people in Australia and people with chronic disease in Canada show significantly fewer hospital admissions for those who have early palliative care.

Although trials don’t explain which aspects of palliative care are the most important, helping people to make choices that fit with their own ­priorities seems to be key.

Psychological and spiritual ­wellbeing can decline in parallel at four key times: around diagnosis, after initial treatment, as the illness progresses, and in the final phase.

Patients and families report that the time around diagnosis is one of the most psychologically traumatic, with further emotional turmoil as the patient gets more ill.

They can be helped by holistic care and support as well as future planning even when they may be quite well.

Patients find it comforting if ­professionals simply acknowledge that this initial time can be very ­challenging. Some also want to be told about how their illness is likely to progress and end.

Waiting for physical decline misses the opportunity to provide ­coordinated palliative care integrated with other treatments.

And palliative care should be reviewed as needs change, such as leaving hospital after ­treatment, poorly controlled symptoms, falling ­performance and other evidence their disease is progressing.

Care should be tempered by realistic expectations. Social and psychological decline both tend to track physical decline, while spiritual distress ­fluctuates more and depends on a person’s capacity to remain resilient.

People may die suddenly when still functioning relatively well, so death can be perceived as unexpected, although it has actually been a ­predictable risk for some years.