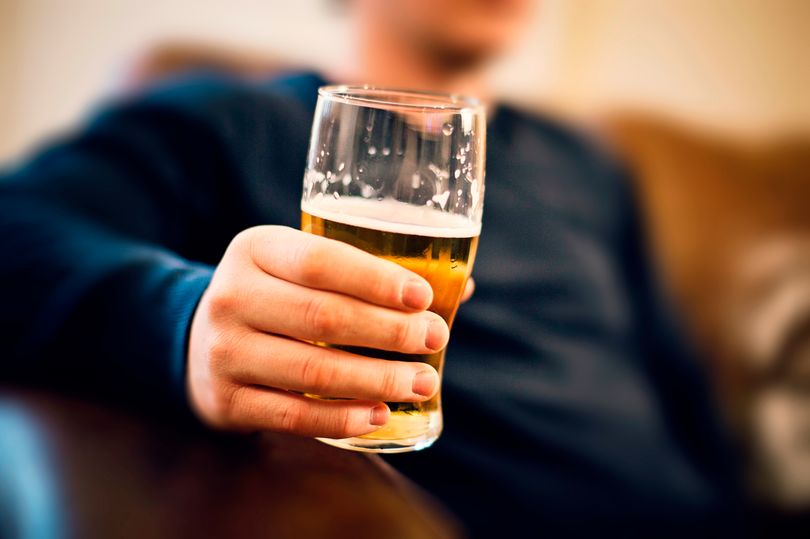 Four pints a day? Doesn’t sound like much does it?

Yet despite NHS guidelines, it’s adults who regularly drink this amount that are at risk of needing a liver transplant due to ­alcoholic cirrhosis.

Experts at the Royal Free Hospital in North London gave this warning as they announced the 2,000th patient to undergo a transplant at the hospital.

The proportion of liver transplants performed on patients with alcohol-related disease has climbed by 50% in the last 15 years.

Now alcohol-related liver disease is the main reason a transplant is performed because recipients of a liver no longer have to abstain from having a drink for six months prior to the operation.

They do, however, have to commit to giving up drinking after.

Researchers at the University of ­California followed a group of nearly 33,000 people who had a liver ­transplant between 2002 and 2016.

Over time, rates of alcohol-associated liver disease (ALD) have increased with the result that more than two thirds of all transplants performed are for ALD patients.

Heavy and risky drinking are on the rise in the UK, and there are over 400 patients waiting for a liver transplant at any given time, raising questions about who should get priority, and why.

The demographics of the people who actually make it to the top of the waiting list have changed, and so has their long-term outlook.

Alcoholism is still stigmatised and, from a medical standpoint, doctors used to believe that patients with a history of alcoholism might “waste” a new organ if they continued to drink after a transplant.

But in the 1980s medical guidelines relaxed and people with ALD were allowed on the transplant waiting list only if they proved they were serious and would abstain from drinking for six months before surgery.

Then two studies confirmed the outlook for people with ALD was good after having a transplant and since then, the number of people receiving transplants for the disease has shot up.

A new study, published in JAMA Internal Medicine, finds the odds of survival are about as good for patients with ALD as they are for those whose transplants had nothing to do with drinking.

The caveat is that drinkers need special support to keep up a healthy lifestyle as lifetime help is needed to manage the underlying cause behind the alcoholism.