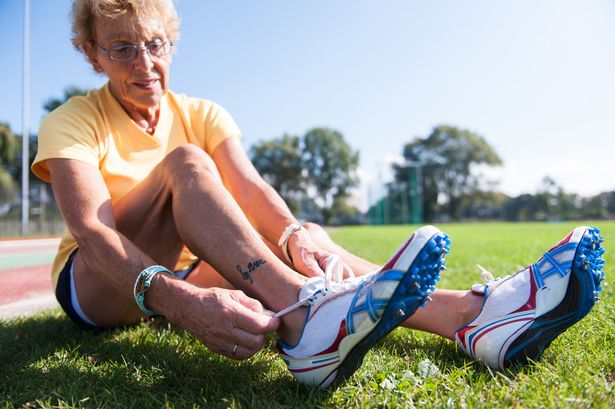 The Queen is 90, God bless her, and so are a lot of her subjects.

What’s more, they’re healthier, more independent and wiser than ever before. And if we play our cards right, many of us can reach the age of 90 and be thriving at that age.

Writer Diana Athill is doing her best work at 98. Patricia Routledge is still acting at 87 – and just look at David Attenborough at 90.

The Queen shows us none of us need to dwindle into senility. She is doing everything right. She’s very active, walks a lot, still enjoys horse riding and has a close family.

We have no ‘death’ genes. We aren’t programmed to die. The way you live is much more important than our genes for longevity of life.

In fact, when the Queen passed her 85th birthday she joined the fastest growing group in the population. We have two-and-a-half million people over 80 in the UK, and that could reach nearly five million by 2030, and we’re pretty happy about it.

“It’s a complete fallacy that the majority of the ‘older old’ are in their bath chairs and lonely,” says Carol Jagger, a professor of the ­epidemiology of ageing at Newcastle University, who is studying 200 people aged over 85 in that region.

Her research began in 2006 and most of the participants are now aged 95. Many, irrespective of income, are ­independent and doing well in 17 daily activities, including cutting their own toenails, dressing and walking. Half take exercise for enjoyment, a fair number have joined clubs and have hobbies.

“What also matters is that they are firmly connected to family and friends,” says Jagger. “In ageing, adding life to years is what counts.”

The New England Centenarian Study, established in the US in 1995, is studying 1,600 centenarians and 107 super ­centenarians (110-plus). It has concluded only 25% to 30% of long life comes from ‘good genes’. The rest is down to lifestyle.

What’s the magic recipe? Eat simple, mostly plant-based food. Sleep late and nap in the afternoon – which will lower the risk of heart disease by a third.

Walk as much as you can. Drink tea for antioxidants. Enjoy sex. Drink red wine in moderation. Be community minded. Learn a new skill and stay close to family. Don’t smoke. Be resilient. Think positive and bounce back from ­misfortunes. Take illness in your stride.