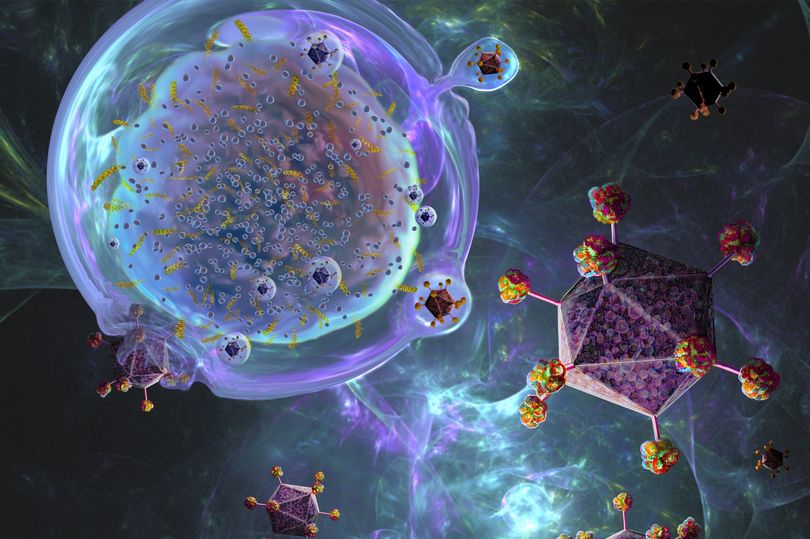 Little by little we’re learning how incredible our immune system’s power is. But how can we ­harness its full power? With clever new ­innovative drugs like the one invented by scientists at UCL, which would launch a two-pronged attack against cancer.

The experimental immunotherapy drug, developed by researchers at UCL Cancer Institute, targets immune cells inside a tumour whose job is to suppress our immune defences.

The drug has been found to ­significantly improve long-term survival in animals and is now being investigated in early human trials to determine its safety in people with advanced cancer.

The day job of these suppressor cells, or Tregs, is to stop our immune system from becoming overactive.

But Tregs are also often found in large numbers in certain tumours, and there they’re thought to prevent other immune cells from eradicating the disease. The trademark of Treg immune cells is a protein on its surface called CD25.

Drugs that target CD25 have ­previously tried to kill Tregs but until now, they’ve been disappointing. This new study reveals why, and has led to a potentially more effective drug to target Tregs, and unleash an ­anti-cancer immune response.

Co-lead author, Professor Sergio Quezada of the UCL Cancer Institute, has said previous drugs were ­unsuccessful because they were targeting the wrong part of CD25.

The team led by Professor Quezada and Professor Karl Peggs, also UCL Cancer Institute, were able to invent a new drug, an antibody that fuses with a different part of the CD25 protein.

The potent effect of this drug was seen in many models of cancer, some showing a near 100% response.

Professor Quezada added: “This drug not only eliminates the ­regulatory immune cells that dampen down the immune response to cancer, but also activates the cancer-killing immune cells.

“This two-pronged approach is a huge opportunity to significantly alter the tumour network of cells in and around the tumour, so they no longer protect the cancer cells, but start to turn against the tumour.”

The drug is now in Phase I clinical trials to ensure it’s safe and effective in human beings, following the success in these pre-clinical studies.

Professor Karen Vousden, Cancer Research UK’s chief scientist, said: “This is a stand-out example of how studying cancer in the laboratory can lead directly to experimental treatments for people with the disease.”

And how creative our scientists are.