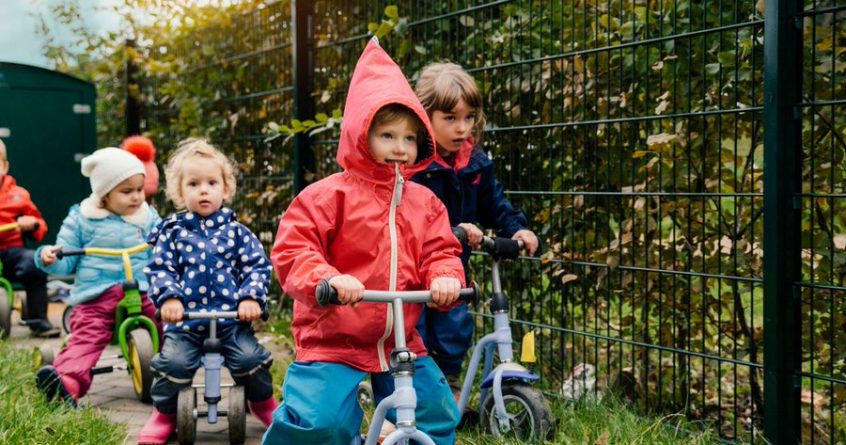 By the age of 18 months I’ve ­always said a child needs the company of other babies. Why? Because this playing promotes their development of social skills, ­personality, curiosity, self-belief and emotional resilience.

These qualities are all crucial to make them psychologically sturdy while growing up. And now there’s research to prove it.

It turns out children who learn to play with others at pre-school age tend to have better mental health as they get older. It would seem “peer-play ability”, the capacity to play ­successfully with other children, has a protective effect on mental health.

Cambridge University researchers analysed data from almost 1,700 ­children, collected when they were aged three and seven.

Those with better peer-play ability at age three consistently showed fewer signs of poor mental health four years later. They tended to have lower ­hyperactivity, parents and teachers reported fewer conduct and emotional problems, and they were less likely to get in fights with other children.

Dr Jenny Gibson, from the Play in Education, Development and Learning centre at Cambridge University, says: “We think this connection exists because through playing with others, children acquire the skills to build strong friendships as they get older and start school. Even if they are at risk of poor mental health, friendships will often get them through.”

The researchers used data about ­children being followed by the Growing up in Australia study, which is tracking the development of ­children born in Australia between March 2003 and February 2004.

It includes a record, provided by parents and carers, of how well the children played in different situations at age three. This covered various types of peer play, including simple games, imaginative pretend play, goal-directed activities (such as building a tower from blocks) and collaborative games such as hide-and-seek.

These four peer-play indicators were used to create a measure of “peer-play ability” – the underlying ability of a child to engage with peers in a playful way. Researchers related that to symptoms of mental-health problems – hyperactivity, and conduct, emotional and peer problems – at age seven.

The consistent link between peer play and mental health probably exists because playing with others promotes the ability to understand and respond to other people’s feelings, which helps create stable, reciprocal friendships.

We know that the better a person’s social connections, the better their mental health tends to be.

Shouldn’t we be giving the families of at-risk children access to high-quality peer play, such as playgroups or small-group care with professional childminders, to head off mental health problems later?