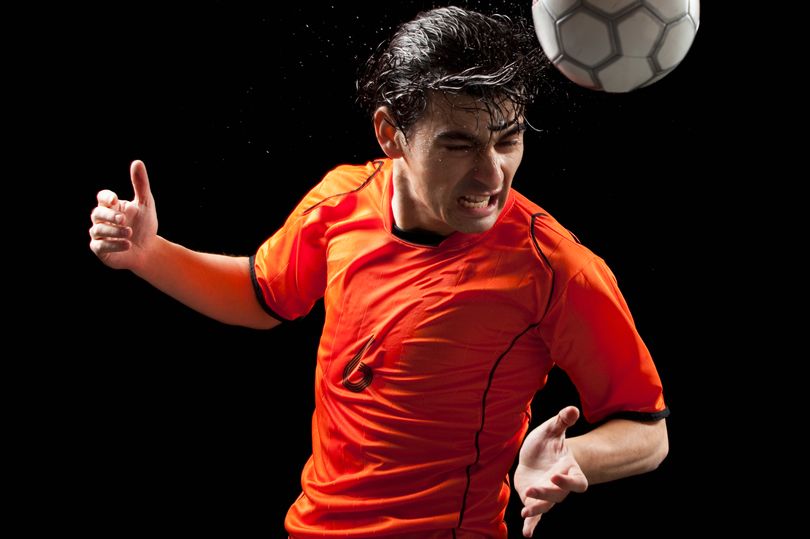 So the vexed question of dementia in football players has reared its ugly head again. This time with the news that Sir Bobby Charlton has become the fifth member of the England World Cup winning squad to develop the neuro-degenerative disease.

I first wrote about the connection between football and dementia, specifically heading the ball, in 2017, and several times since.

Football players, especially professional ones, are usually fit and healthy. They live long lives and have only a low risk of heart disease – but heading the ball is a different matter.

Each time the ball is headed the brain is shaken in the rigid bony skull and it gets bruised, killing millions of brain cells. Repeated over time this leads to a degeneration of the brain called CTE – chronic traumatic encephalopathy.

And that condition can end up as dementia and Alzheimer’s.

Furthermore the risk of dementia increases with the frequency of heading the ball. In 2017, the results of post-mortem studies on six dead footballers all of whom had dementia were published. The disturbing findings from the Institute of Neurology in London revealed four had a characteristic pattern of damage, CTE. It’s nearly universal in the brains of boxers but uncommon in the general population.

The six footballers whose brains were examined had been part of a group of 14 retired players who’d developed dementia. All six brains also showed changes characteristic of Alzheimer’s disease. Even in this small study it appears repeated heading of the ball, together with other head impacts from collisions and falls, can cause damage leading to dementia.

“CTE has been found in 100% of the brains of boxers, but only 6% of the general population,” commented Helen Ling, lead author of the study. “In addition, we know of three other case histories of footballers found to show CTE, post-mortem.”

In their mid-60s the men showed dementia symptoms and on average died 10 years later. They’d rarely suffered severe concussion, so it’s thought it is the cumulative injury from many minor impacts had caused the damage, not a few major ones.

And damage isn’t simply due to old leather balls which became much heavier in the wet. Modern footballs are no safer. They travel more quickly and so may do as much damage.

The Football Association has dragged its feet calling for “more research” but with ex-footballers three and a half times more likely to die of dementia than the general population I’m wondering what more they need in order to prompt them to take steps to protect footballers.