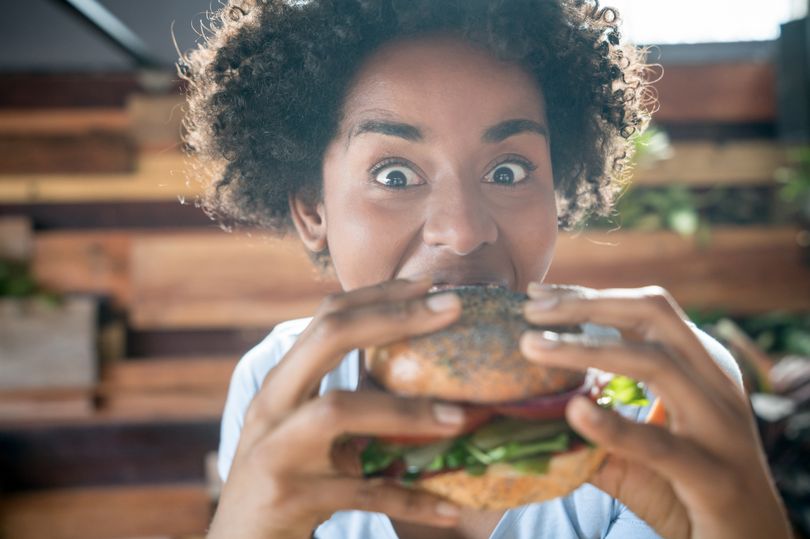 More and more of us are prey to ‘junk’ sleep – waking in the night and not being able to return to slumber.

Could this junk sleep be responsible for, at least in part, the soaring quantities of junk food we consume?

New research says there could be a connection.

Even one sleepless night makes people yearn for junk food.

Scientists attribute this effect to the way the reward centre in the brain deals with food.

Previous studies have found that a lack of sleep is linked to weight gain.

Lack of shuteye disrupts the hormones that affect appetite and can raise levels of the hunger hormone, ghrelin.

But the latest study suggests that hormones may have little to do with being turned on to junk food.

It seems more likely that going without sleep changes the activity between the reward centres in the brain.

“Our data brings us a little closer to understanding the mechanism behind how sleep deprivation changes food valuation,” said Prof Jan Peters, a co-author of the research from the University of Cologne.

Peters and colleagues describe how they recruited 32 healthy men aged between 19 and 33 and gave all of them the same dinner.

Participants were then either sent home to bed wearing a sleep-tracking device, or kept awake in the laboratory all night.

The next morning they had their hunger and appetite rated, and 29 of the men had their levels of blood sugar measured.

Participants also took part in a game in which they were presented with pictures of 24 snack food items, such as chocolate bars, and 24 inedible items, including hats or mugs, and were first asked to rate how much they would be willing to pay for them on a scale of zero to three euro.

During an fMRI scan of the brain which shows the brain working, they were asked to choose whether they would actually buy the object when its price was fixed.

The results showed that whether sleep-deprived or not, participants were similarly hungry in the morning, and had similar levels of most hormones and blood sugar.

However, the sleep deprived participants were willing to pay more for a snack.

The fMRI results showed that when sleep-deprived, people have greater activity in the brain’s amygdala (where food rewards are processed) when food images are shown, and a stronger link with the price participants would pay for food.

Activity in the hypothalamus (which is involved in regulating consumption of food) is also triggered.