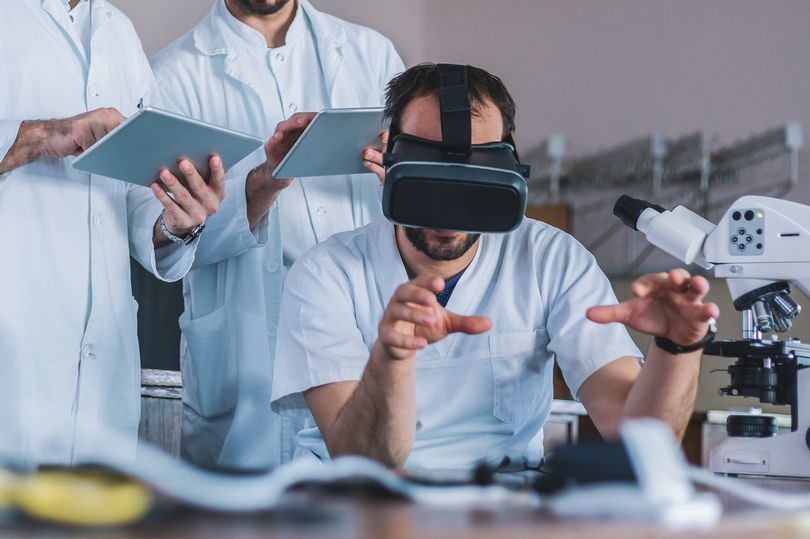 If you thought walking on the moon was staggering (and it was) what would you make of walking inside your body? Would you be even more astonished to walk inside your cells, courtesy of virtual reality?

You’d be able to watch the chemical reactions going on there, vitamins whizzing to and fro, and feel energy being released by metabolic reactions.

You’d be able to spot problems in how your cells work and get the inside track on catching diseases early and devising novel treatments.

This is for real – it’s the brainchild of Cambridge University scientists. They’ve created software called vLUME, using super-resolution micro-scopy and 3D imaging so that, with VR, even individual proteins can be studied. How amazing is that?

This microscopy, awarded the Nobel Prize for Chemistry in 2014, means ­scientists can see nanoscale images. So researchers have observed ­molecular reactions in real time.

The problem was how to visualise and analyse these images in 3D. “Biology occurs in 3D, but up until now it has been difficult to interact with the data on a 2D computer screen in an intuitive and immersive way,” said Dr Steven F Lee from Cambridge’s Department of Chemistry, who led the research. “It wasn’t until we started seeing our data in virtual reality that everything clicked into place.”

This they did when Lee met Lume VR scientists who’ve invented ­software for 3D imaging in VR, at an event at the Science Museum in London. “VLUME is revolutionary imaging ­software that brings humans into the nanoscale,” said Alexandre Kitching, CEO of Lume.

“It allows scientists to visualise, question and interact with 3D ­biological data, in real time, all within a virtual reality environment, to find answers to biological questions faster. It’s a new tool for new discoveries.”

For example, Anoushka Handa, a PhD student from Lee’s group, used the software to image an immune cell taken from her own blood, then stood inside her own cell in virtual reality.

“It’s incredible – it gives you an entirely different perspective on your work,” she said.

The team is mostly using vLUME with immune cells or cancer cells. For example, Lee’s group has been ­studying how antigen (allergic) cells trigger an immune response in the body.

“Through segmenting and viewing the data in vLUME, we’ve quickly been able to rule out certain hypotheses and propose new ones,” said Lee.

“This software allows researchers to explore, analyse, segment and share their data in new ways. All you need is a VR headset.” Incredible!