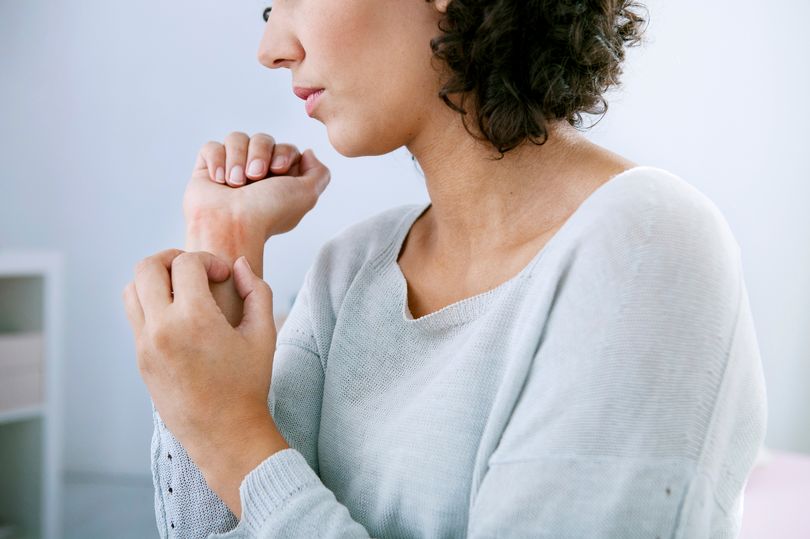 I was surprised to hear of a woman who was labelled infectious and avoided by everyone because each day her face, lips and eyes swelled up due to a condition that turned out to be chronic idiopathic urticaria, which isn’t at all contagious.

I’m certain of this because I made a study of it over two years when I was a practising dermatologist in Bristol.

In fact this woman had a mystery allergy which caused her body to break out in hives (nettle rash), every day, I know the picture well.

Hives affects up to one in five people in the UK, and those with the chronic form, less than one in 100, can have flare-ups lasting several weeks.

It’s most common in people between the ages of 20 and 40 and triggers can include physical contact with an allergen such as an animal, fur, plants like primulas, foods and medicines.

During the course of my research I found surprising causes of urticaria.

For instance, there’s a type that ­exercise can bring on, called ­cholinergic ­urticaria. I traced a ­hairdresser’s hives to contact with water, and she had to change her job.

In a boxer, I found his hives were the result of a sensitivity to pressure on his skin.

I could write his name on his skin by “writing” with my finger and then watch the marks come up. This type of urticaria is called dermatographia.

Urticaria can be recognised because the red, itchy spots come up and disappear in a matter of minutes, usually about 20.

The red lumps can be round, 1cm in diameter, or can be large patches with irregular borders, a type called geographic urticaria.

Some people also get patches on the face leading to unsightly swelling.

The spots and patches are red, raised, hot and itchy, and are called wheals.

They’re due to the release of an ­irritating chemical called histamine into the lower levels of the skin as the result of contact with a trigger.

The most useful discovery that came out of my research was that many patients with chronic urticaria have a sensitivity to aspirin and it’s quite a job to avoid it.

Aspirin is everywhere though we’re unaware of it.

It’s in toothpaste for instance, and creams, rubs and cough medicines.

It’s worth tracking down how you’re being exposed to aspirin because getting it out of your life can ease and even cure you of urticaria.

Thankfully, most cases of ­urticaria disappear as quickly as they arise – even if treatment with antihistamines isn’t effective – which it often isn’t.