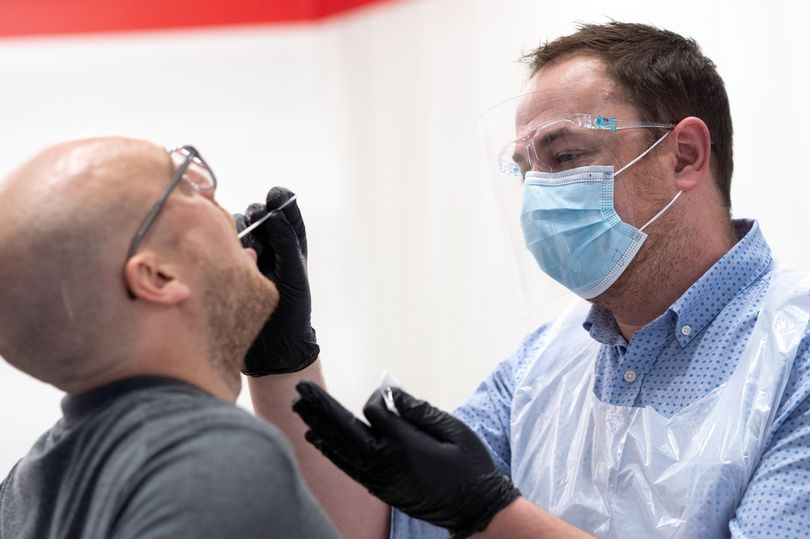 The Government has ­declared its goal of getting up to 10 million Covid swab tests a day. But which tests and how?

Our testing system is still less than perfect with tests going astray, results arriving too late for any kind of action, and piling up in private labs with insufficient staff to handle the backlog.

But the future is potentially bright. Almost weekly we hear from independent scientists coming up with new, slick tests that take less and less time to give results.

In some cases we’re down to just a few hours, even minutes.

Boris will get his 10 million a day yet – thanks to the wizardry of groups of innovative scientists.

There are now saliva tests that give a reading like a pregnancy test and will purportedly provide a result in 15-30 minutes.

These, as Jacqui Wise says in the BMJ, could be a “game-changer”.

She quoted Professor Jon Deeks, biostatistician at Birmingham University, who describes them as a new generation of tests that can be done outside a lab and are ­independent of electricity and even water, making them ideal for rapid uptake in low income countries.

The WHO is taking a lead in this testing initiative having approved two tests that meet their exacting criteria.

Such progress speeds on because of new collaborations between scientists, industry and big pharma.

These latest tests have emerged from a collaboration between a South Korean tech enterprise and Abbott, the US company manufacturing antibody tests used in the UK. They detected my own Covid antibodies.

The standard test for Covid is the swab test or PCR and it’ll remain in use despite the new arrivals because it’s more ­accurate at picking up viruses.

This is important if we’re to locate cases early in the infection where viral loads may be lighter. The newer tests might not pick them up and give a false negative, says Prof Deeks.

Even now we have faster versions of the standard swab test that can be dropped into a small device that reads a result in under an hour and a half. We’re awaiting the verdict on it after it is tried in eight London hospitals.

But testing saliva is potentially faster than any nose or throat swab, and more pleasant.

Several are being trialled around the country. One gives a result in about seven hours and can send results to a phone app.