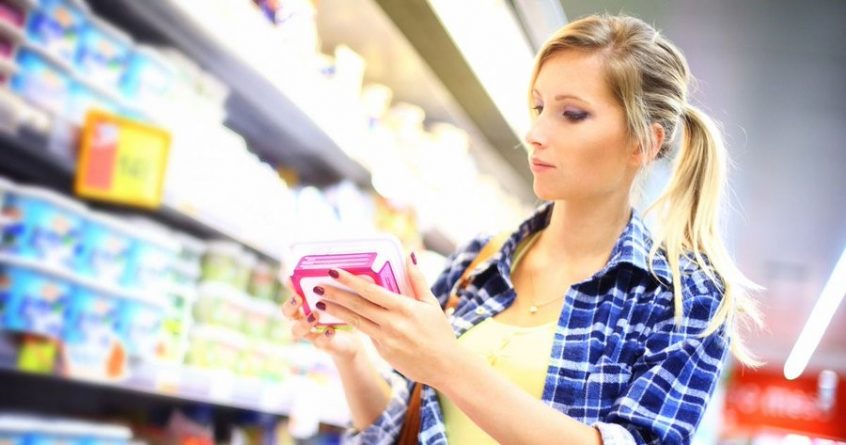 Frankly I’ve thought this for years – food labelling shouldn’t just give calories, but also the amount of exercise you have to do to burn them off. Knowing that ­information you may decide to opt for a “lazier”, healthier alternative.

Researchers from Loughborough University also agree, and have shown labelling that includes physical activity is easier to understand than the existing traffic light system. Moreover, it would be more likely to help consumers avoid high-calorie foods.

In the study, Professor Amanda Daley and colleagues found “physical activity calorie equivalent” (PACE) labelling to be more popular among people under 65 and those who are more physically active.

“However, many people do not understand the meaning of kilocalories (kcals or calories) or grams of fat displayed on food labels, and often underestimate the number of calories when labelling is not provided.”

PACE aims to illustrate how many minutes of activity are ­equivalent to the calories contained in foods and drinks. For example: ­“calories in this cake requires 90 minutes of walking to burn off”.

While PACE labelling may be ­effective in lowering calorie ­consumption, there’s been no public feedback. To correct this gap, 4,000 people were asked their views on traffic light and PACE labelling: which was preferred, was easier to ­understand, caught their attention most and was more likely to help them avoid high-calorie foods.

Overall, slightly more participants preferred existing traffic lights (43% versus 33%, with the rest not having a strong opinion) to PACE labelling. But more participants reported PACE was easier to understand (41% versus 27%) and more likely to catch their attention (49% versus 31%).

The majority thought PACE was more likely to help them avoid high-calorie food than traffic-light labelling (44% versus 28%).

There was a preference for PACE labelling to be on discretionary foods, for example chocolate and cakes, rather than “everyday” foods like bread, pasta, fruit and vegetables. And there was also a ­preference for PACE to be displayed in fast food outlets, supermarkets, takeaway/online menus and vending machines – all locations that typically sell energy dense food and drinks.

The researchers concluded that PACE could strengthen current approaches to food labelling.

“The next steps are to test whether PACE labelling reduces the purchases of high-calorie foods and drinks in different food settings such as ­restaurants, vending machines, coffee shops and pubs,” they added.

Definitely worth a shot.