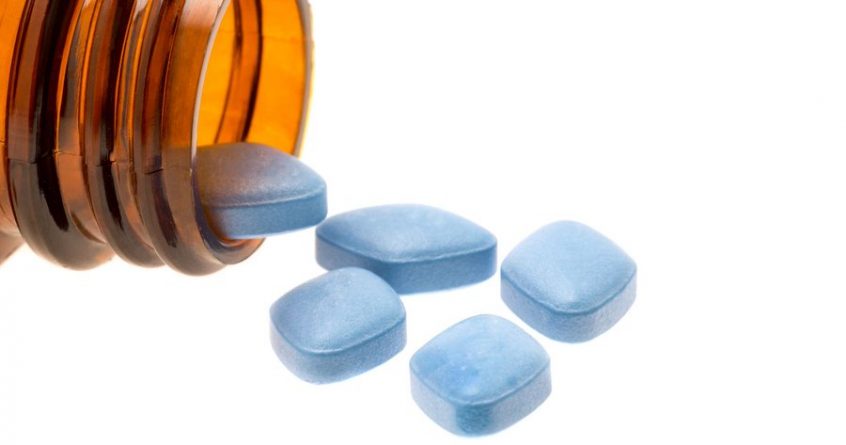 Well, who’d have thought it? Viagra’s good for your heart! Besides treating sexual impotence, it strongly suppresses abnormal heart rhythms (arrhythmias), which can cause palpitations, breathlessness, fainting and sometimes sudden death.

The initial studies done in female sheep, showed the drug – also known as sildenafil – could stop an arrhythmia within 90 seconds.

It reduced the frequency of irregular rhythms caused by abnormal handling of calcium in the heart muscle cells.

Cardiac arrhythmias often follow a heart attack or result from heart disease. Though often benign, they can be fatal. Treatments such as beta blockers and implantable defibrillators exist, though aren’t always effective.

Working on isolated sheep heart muscle cells known as myocytes, the research team was able to study calcium, a key driver of the heart’s pumping action, and how calcium overload can be a root cause of arrhythmias.

Viagra was able to suppress the mechanism in the cell that causes calcium overload and restore the heart’s normal rhythm and damp down irregularities.

Dr David Hutchings, a lecturer at the University of Manchester and the report’s lead author, said: “Not only has this study demonstrated that Viagra has a powerful antiarrhythmic effect on living heart tissue, our cell studies have also uncovered the ­mechanism by which this happens.

“Though we studied the effect in sheep, we believe that this discovery is likely to be ­relevant to humans: the human heart is a similar size to a sheep’s, as is its anatomy and associated ­electrical circuitry.

“So this discovery could one day unleash the potential for effective treatment on what can be a ­devastating problem.

“Clearly, anyone who has a cardiac arrhythmia should not self-medicate and should consult their GP for advice on the current treatment options.”

Professor Andrew Trafford, also from the University of Manchester, said: “This exciting study builds on our previous work.

“In 2016, our study of patients with diabetes showed that incidental use of Viagra was linked with reduced heart attack risk and improved heart attack survival.

“In 2019, we found that Viagra can slow or even reverse the progression of heart failure in sheep, and this work dramatically extends those important findings providing another tool with which to beat heart disease.”

Professor Metin Avkiran, Associate Medical Director at the British Heart Foundation, said: “More research is needed, however, before Viagra and similar drugs can be repurposed for treating abnormal heart rhythms in patients.”

And hopefully this will be in the not-too-distant future.