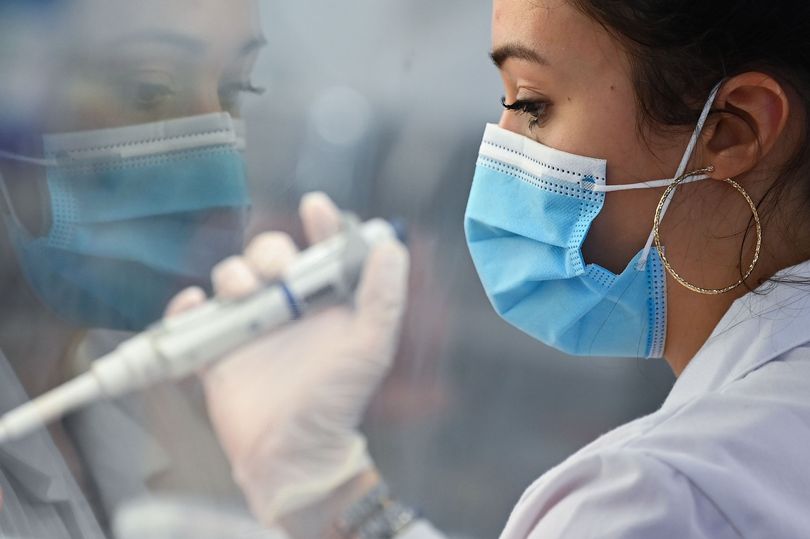 People calling for early release from lockdown must not ­fully ­understand what we are ­dealing with. The ­coronavirus has a weapon that can always beat us – mutations and throwing up ­vaccine-resistant variants.

The more people who are infected with the virus, the greater the risk of variants, as with each person it has another chance to change.

And when we have significant numbers of people refusing ­vaccination, we have a human ­reservoir where the virus can breed and mutate. So we have to keep case numbers down and vaccination numbers up.

Lift lockdown too soon and we encourage the emergence of new variants, any of which could be a problem. Easing restrictions before daily cases are in “the low thousands” is therefore dangerous and foolhardy.

Steve Paterson, professor of genetics at Liverpool University, says it like it is: “The virus doesn’t care that we want to meet our friends.

“To give public health and the genome sequencing a chance to work out where the virus is mutating and where new variants are starting to spread, we really need that headroom of getting cases down before we can take our foot off the brake.

“That has to be in the low thousands per day. Otherwise, we’ll end up with cases rising again, in a place where we don’t want to be.”

He emphasises increasing immunity from a previous infection or from vaccination is putting the virus under pressure to mutate to survive.

“The virus has always got mutation and evolution as a weapon that it can use to counter what we’re doing against it, so we have to continue to monitor its genetics.”

New research shows us how quickly the virus can evolve inside the body of a patient with chronic Covid.

Professor Ravi Gupta, a clinical microbiologist at Cambridge ­University, was involved in treating a man with a poorly functioning immune system. Within days of being given plasma antibodies from a patient who’d recovered from the disease, the virus mutated in an attempt to avoid those antibodies.

“It was remarkable,” he said. “Within a week it had shifted its make-up. Billions and billions of virus particles had shifted.”

Professor Gupta said what he witnessed – the first ­real-time study of the virus’s evolution – gave him insight into how new variants are incubated in some patients.

“In our individual, who became infected in the first wave in 2020, it took four months for that virus to evolve to a considerable extent,” he said.

“We shouldn’t underestimate the virus. It will find novel ways around antibodies and immunity.

“It will make other mutations we can’t necessarily predict.”