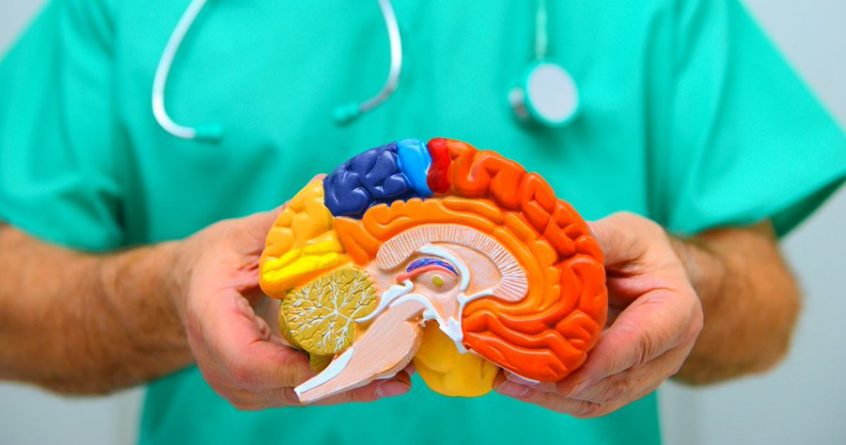 There’s no better way to ­describe the brain research going on at King’s College and Imperial ­College London than “epic”.

To get the gist, here’s a little anatomy.

The brain is protected by the ­blood-brain barrier.

Whereas the skull guards against physical damage, this blood barrier protects against circulating toxins that could cause brain ­infections.

It also restricts entry to more than 90% of drugs.

There’s a massive demand for ways to get large molecules safely into the brain to treat brain diseases – but currently, there’s no non-invasive way that avoids damaging the barrier while attempting this.

To look for a solution to this ­conundrum, the School of Biomedical Engineering and Imaging Sciences at King’s College and the Noninvasive Surgery and Biopsy Laboratory at Imperial College London put their heads together.

Using a rapid short-pulse ultrasound (RaSP), they’ve come up with a non-invasive way to deliver helpful liposomes into the brain, across the blood-brain barrier, leaving it intact.

Liposomes are balls of fat that can be filled with medicine and are vital for many treatments of cancer, inflammation and infection, delivering high ­concentrations of drugs where they are needed.

They can also deliver high ­concentrations of drugs released at specific targets of inflammation.

Crucially, they can carry drugs across the blood-brain barrier and treat neurodegenerative diseases as well as brain tumours.

Previous studies had used standard ­ultrasound to deliver liposomes to the brain with high-frequency sound waves ­concentrated on a specific area.

But this was seen to be invasive and damaging to the ­brain-blood supply.

Applying rapid, short pulses of ­ultrasound, however, was found to be safer and liposomes could even reach inside certain cells in the brain.

In this study, the researchers used mice where the ultrasound waves were focused on the left side of the brain.

Microbubbles – gas-filled bubbles that expand and contract in sync with the ultrasound waves – were then injected into the bloodstream, as well as the liposomes.

By making the microbubbles ­oscillate, the ultrasound waves opened the brain’s barrier, forming a point of entry for those useful liposomes.

“Our other key finding was the ability to study the liposomes being delivered to different types of brain cells showing the liposomes are taken up by these targets and can be used to treat the diseases associated with these cells,” says Mr Aishwarya Mishra, from King’s College London.