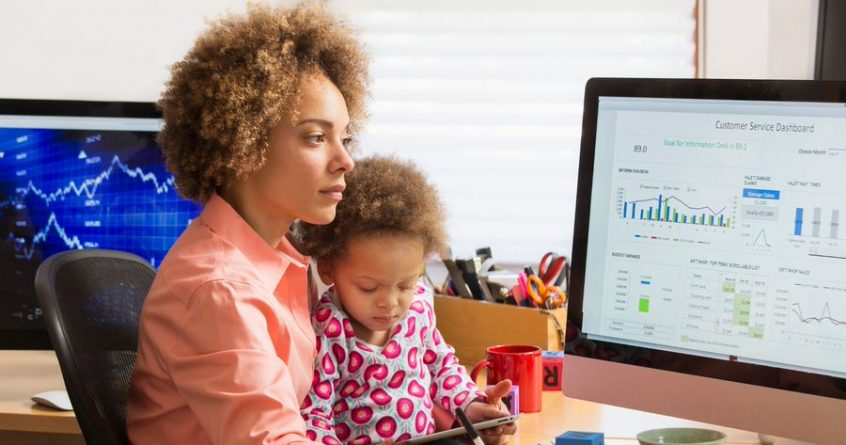 There was a time when it was the norm for women to sacrifice any prospect of a career because of their responsibility for childcare.

Unwilling to succumb to this stereotype I remember the moment when I decided that even if all my salary went on childcare, I’d still work.

Things haven’t changed much. One in five people (19%) in Britain say childcare issues stopped them from applying for a job, or promotion at work, or caused them to leave work, or to consider leaving a job.

A survey with the Global Institute for Women’s Leadership at King’s College London, finds this applies as always mainly to women who are twice (26%) as likely as men (13%) to say this. So much for equal parenting.

Balancing work and caring responsibilities is a top issue facing women, affecting one in five. Beyond the workplace, the top issues affecting British women are domestic abuse (31%), sexual harassment (27%) and sexual violence (23%), and we’re more likely to see a range of institutions treating women worse than men.

Perceptions of bias against women are particularly high when it comes to media and social media: two in five people think women are treated worse than men by the media (43%), and half think the same for social media (49%).

“The data also shows the continuing perception gap, with men thinking things are more equal in workplaces than women. It’s a gap that must be overcome to make progress on workplace gender equality.”

Professor Rosie Campbell, director of the Global Institute for Women’s Leadership at King’s College London, said: “The Covid-19 pandemic has underlined the fact that childcare is core infrastructure.

“While access to affordable, high-quality childcare has increased in the UK over recent decades, Britain remains behind many other European nations, and this has a knock-on effect on both individuals and society’s ability to reach our full economic potential.”

When will women get a fair crack of the whip?