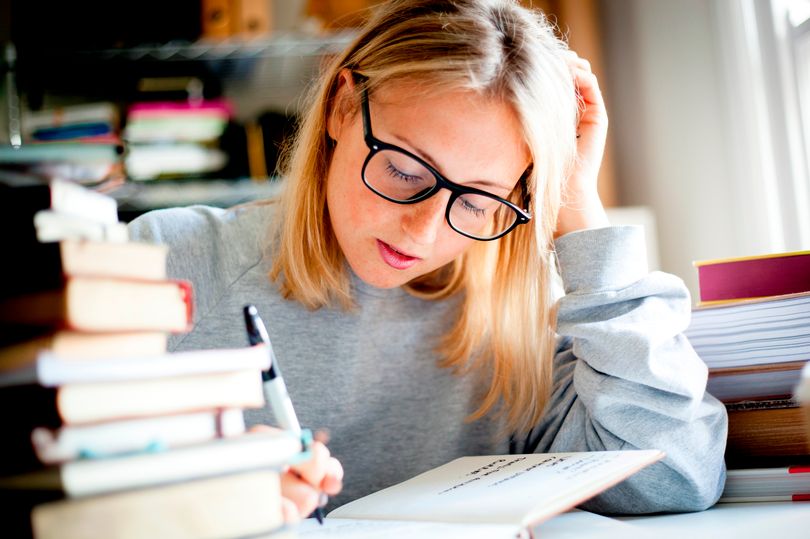 Now here’s a conundrum. Are more years in education ­causing more and more short-sightedness? A recent study says they are.

The myopia epidemic affecting 90% of pupils in East Asian countries is the consequence of more intensive education.

Spending extra time studying could cause you to lose your sight, according to UK research which found every year of education worsens short-sightedness.

The longer you learn, the worse your sight might be.

Researchers from Bristol and Cardiff Universities say the difference is so great that if the average person who leaves school at 16 has 20/20 vision, the average university graduate would legally need glasses to drive.

Researchers put this down to the hours spent working on tasks indoors, often in artificial light and at close distance during the years when the eyes are still developing.

Short-sightedness, or myopia, is one of the leading causes of visual ­disability around the world and rates are rising rapidly.

By 2050, half the world’s ­population, around five billion people, are expected to be short-sighted compared to roughly 1.4 billion today – 10% of these will have severe myopia, which carries a risk of blindness.

Professor Jez Guggenheim and colleagues from the School of ­Optometry and Vision Sciences at Cardiff University recruited 68,000 British men and women who are part of the UK Biobank programme.

They used information on participants’ education and sight, looking at genetic markers linked to short-sightedness, plus genes more common in people who stay longer in education.

In high-income Asian countries, such as Singapore, South Korea and China – which have intensive ­education pressures – as many as 90% of people are short-sighted by the time they leave school at 18.

Half of these children are already myopic by the end of primary school, compared to 10% of British children.

But the authors add that in the UK and elsewhere, more intensive early years education raises the length of time over which short-sightedness can become severe.

“Our study provides strong evidence that length of time spent in education is a causal risk factor for myopia,” said Prof Guggenheim.

“Policymakers should be aware that the educational practices used to teach children and to promote personal and economic health may have the unintended consequence of causing increasing levels of myopia and later visual disability as a result.”

We should protect our kids with more time outdoors.