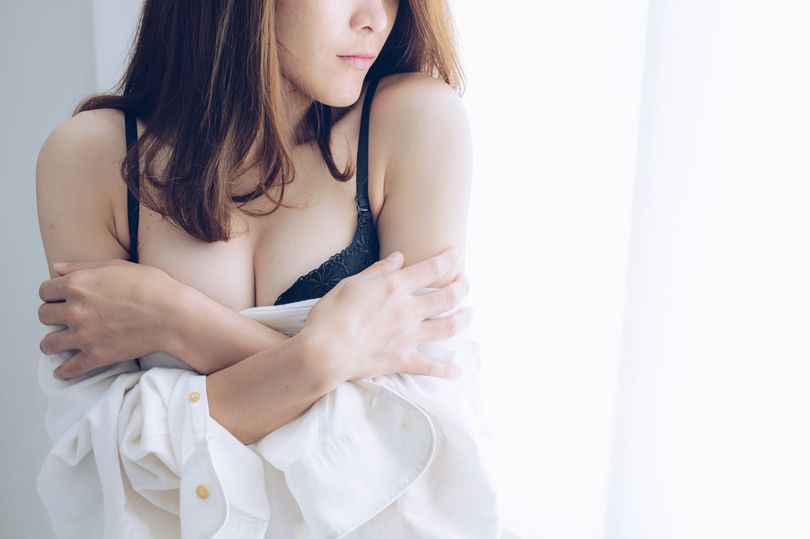 Years ago, when I was trying to get fit for my first ski holiday, I was doing the Royal Canadian Air Force Exercises.

The last one was running on the spot and I found I had to do the whole thing holding a boob in each hand to stop them bouncing.

And now, Portsmouth University is asking for female volunteers to take part in research to discover if too much bouncing causes boobs to sag.

It plans a two-day study to scan women’s breasts and analyse them while the ladies walk on a treadmill, and hopes to find out why some breasts droop over time and some don’t.

Women will be offered £30 to take part in the study, in which they will also have MRI and 3D scans taken of their breasts.

The scans will also be used to work out the proportions of fat and ­glandular tissue inside women’s breasts.

Young boobs contain quite a lot of fibrous tissue which gives them their shape and their resistance to sagging.

With age, however, breasts lose this supportive scaffolding.

“This research will be the first time scientists will have evidence on whether the density of breasts affects their movement,” said senior researcher Dr Tim ­Blackmore.

“The results will allow us to better understand the demands different women’s breasts put on bras and, for example, why one bra design won’t work for every woman.”

Three cheers for this study run by the Research Group in Breast Health, which is based at the ­Hampshire university.

Over the last decade, the group has become a leader in breast studies, with its scientists working with lingerie manufacturers, the military, the NHS and other organisations to test out bras.

The research will be carried out this year at St Mary’s NHS Treatment Centre in Portsmouth.

Hospital director Penny Daniels added: “This is a worthwhile project. Not only may it allow greater comfort for women everywhere at the end of a very long day at work, but it may also reveal valuable insights into women’s health and wellbeing.

“I would encourage women to consider participating.”