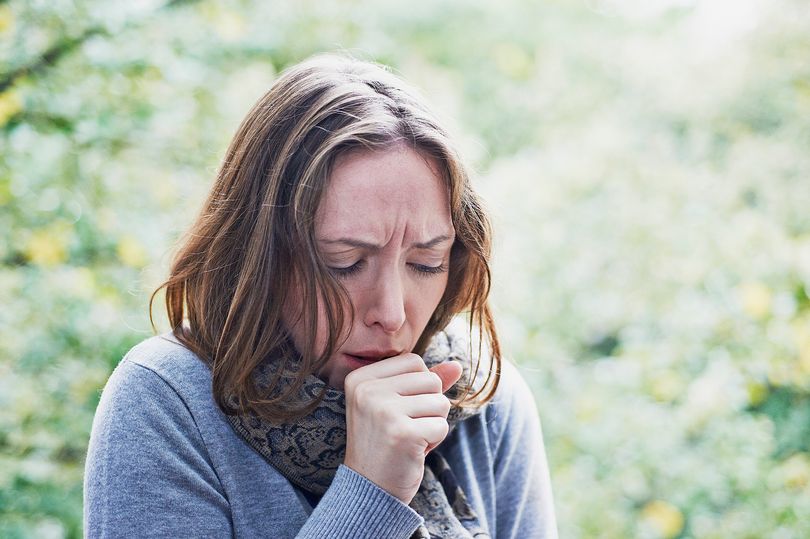 Recently I went to see a clever doctor, Mr Guri Sandhu, about my chronic cough (I’ve had it more than a year) and the hoarseness of my voice.

He introduced me to a condition I’d never heard of – laryngopharyngeal reflux (LPR).

It’s when stomach acid and digestive enzymes come up the gullet into the throat and larynx, the voice box, which is what people know as acid reflux.

This causes the lining of your throat and larynx to become irritated and inflamed. The lining of your larynx is very delicate and can be damaged after just three episodes of heartburn in a week.

This inflammation of the larynx can cause a raft of symptoms besides a hoarse voice and chronic cough – such as difficulty swallowing, a feeling of a lump in your throat, excessive mucus/phlegm, constant throat clearing, sore or dry throat and coughing and choking at night or when exercising, singing or laughing. Often symptoms are worse in the morning.

Mr Sandhu explained that a sufferer of this troublesome condition needs to exercise self-help. So avoid things that can make LPR worse such as wearing tight-waisted clothing, as this increases pressure on your stomach and increases reflux.

Don’t eat less than two hours before going to bed. Don’t slump, bend, stoop or lie down after eating, and don’t eat on the run.

There are some foods and drinks that can make LPR worse and are best avoided such as coffee, alcohol, tea, whole milk, chocolate, citrus fruits and juices (grapefruit, orange, pineapple, tomato), smoking, champagne and acidic white wines and fizzy drinks.

What else can you do about it? You could start off treating your LPR with Gaviscon Advance, the only proven anti-reflux medication available in the UK over the counter.

Gaviscon Advance is different from Gaviscon Original as it contains double the concentration of sodium alginate so forms a stronger barrier.

Prescription anti-acid medications are called proton pump inhibitors, the best-known being ­omeprazole (Losec). These act by blocking acid production in your stomach. They should be taken half an hour before breakfast and the evening meal. They often need to be used for several months to work.

And here are a few other things you could do.

Raise the head of your bed 10cm so that gravity keeps food in your stomach, and sleep on your left side. Eat little and often and sit upright while eating and for at least one hour after your meal. Being overweight makes reflux worse too.

After a year of suffering I’m already feeling my new regime is beginning to pay off.