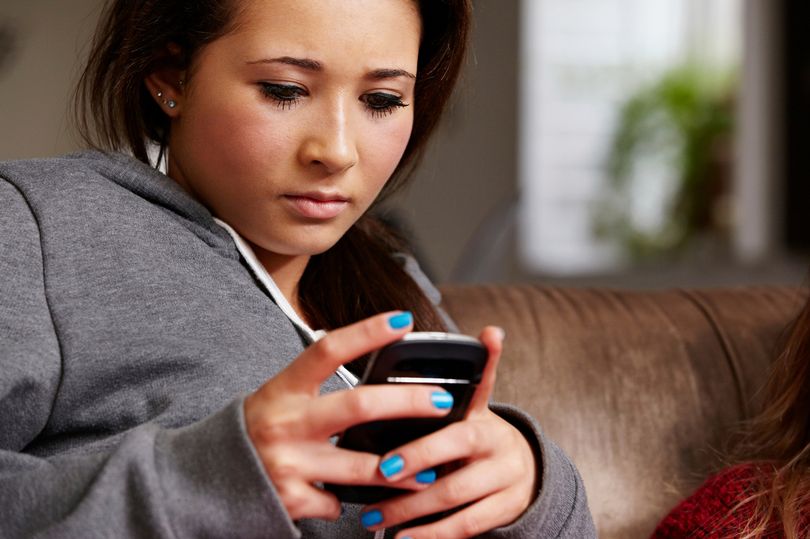 There has been a surge in ­the numbers of teenagers suffering post-­traumatic stress disorder. And one of the serious effects that complicates PTSD is self-harming.

Hospital admissions for children who are self-harming have more than doubled in six years.

Last year, 398 cases involved ­children aged between nine and 12, up from 114 in 2012. Girls were five times as likely to be admitted as boys. The fear is that self-harm images online may be normalising the ­behaviour.

After her death in 2017, 14-year-old Molly Russell’s family found she had been shown material online linked to anxiety, depression, self-harm and suicide.

In the week after her father, Ian Russell, spoke out, a further 30 families came forward to say they thought social media had played a role in their children’s suicides.

Dr Hayley van Zwanenberg, a child and ­adolescent psychiatrist at the Priory’s Wellbeing Centre in Oxford, said: “Self-harm is becoming endemic among schoolchildren.

“If a young person doesn’t have perfect skin, or enough ‘likes’, they can quickly feel negative about themselves, worthless and ­overwrought.

“When I ask a child where he or she has learnt ways to self-harm, they invariably cite the internet or a friend who has learned from the internet.”

Dr Louise Theodosiou, of the Royal College of Psychiatrists, said that there was “the potential for websites to be normalising self-harm”. I remember last year when it turned out hospitals were treating almost twice as many girls under 18 for self-harm as they did 20 years ago.

“Then another report revealed that the number of self-harm incidents recorded by schools had more than doubled since 2012, with about 70,000 last year.

A Department of Health and Social Care spokesman said: “The ­Government is committed to improving the mental health and ­wellbeing of young people and addressing issues such as self-harm, and we are transforming their mental health services – backed by £1.05billion last year alone.

But the Royal College of Physicians fears young people may be struggling to get help with mental health issues. While there are about 7,000 child and adolescent mental health workers, the number probably needs to double.