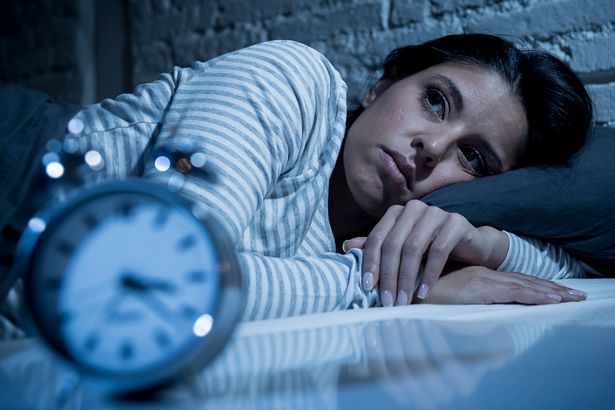 My view of sleep is it’s like an essential vitamin, such as ­vitamin C. And like vitamin C we can’t store it, we need it every day, and if we go without it there are serious consequences.

Sleep is crucial to our health and many diseases are related to a lack of it – some of which may surprise you.

For instance, lack of sleep is related to an increase in appetite which leads to weight gain, possibly obesity and therefore to Type 2 diabetes and its complications such as eye problems, kidney disease and gangrene.

To that list add an increase of the risk of having a stroke.

Researchers have found a link between insomnia and serious health problems. Their theory is treating poor sleepers to help them get a good night’s rest to lower their risk of suffering a stroke or heart attack.

To test this out, neurologists ­examined almost half a million people with no history of stroke or heart disease and asked if they had any of three insomnia symptoms at least three nights a week.

These included having trouble falling or staying asleep, waking up too early, and finding it difficult to focus during the day due to tiredness. It’s estimated that one in five adults will suffer sleeplessness at some point.

More than 10 million prescriptions are written to tackle insomnia in Britain each year.

Of the 487,200 Chinese subjects in this latest study – average age 51 – 11% were unable to fall or stay asleep, 10% regularly woke up too early and 2% struggled to concentrate because they were tired.

The subjects were followed for 10 years, in which time there were 130,032 cases of stroke, heart attack or other heart problems.

Researchers found people who had all three symptoms of insomnia were 18% more likely to suffer one of those conditions than people who had no symptoms.

Those who had trouble falling or staying asleep were 9% more likely, while those who woke too early were 7% more likely.

Those too tired to focus during the day were 13% more likely.

“The link between insomnia ­symptoms and these diseases was even stronger in younger adults and people who did not have high blood pressure at the start of the study, so future research should look especially at early detection and interventions,” Liming Li of Peking University said.

Professor Li pointed out the study didn’t prove lack of sleep caused the diseases but showed a strong link.