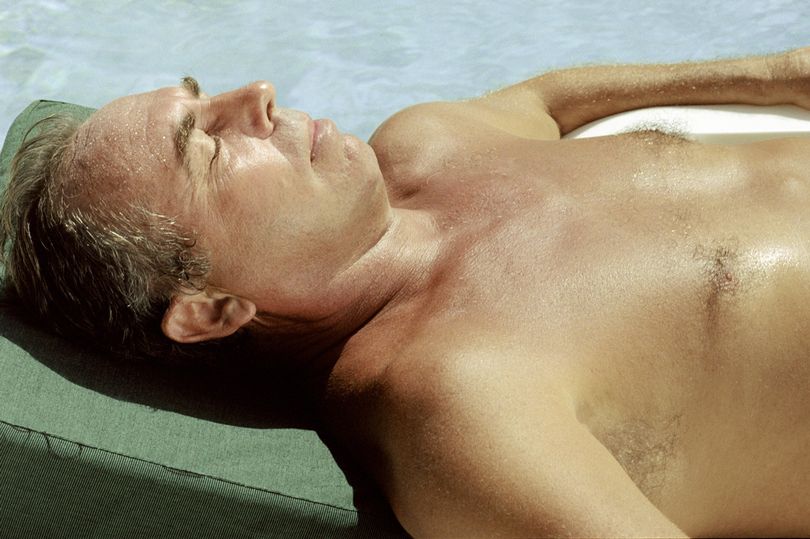 Years ago I remember making a TV documentary on Bondi beach in Australia, in blazing sunshine, asking sunbathers if they were worried about getting melanoma.

The universal answer was NO.

Even though there were information kiosks every few hundred yards, they stood empty as women and men soaked up the harmful rays on a beach.

Research shows that women take more notice of warnings about the link between exposure to the sun and the development of melanoma – a highly aggressive form of skin cancer.

Men, it turns out, aren’t as sensitive to the warnings. But they should be – as the latest stats show that death rates in men for melanoma skin cancer outstrip those for women.

Men are being urged to cover up in the sun to guard against this killer.

A study shows that the death rate among British men has increased by almost 75% since the mid-1980s, but for women it went up less than 10%.

Previous research suggests that men are more reluctant to act on advice to avoid overexposure to ultraviolet ­radiation from sun and are less likely to report potentially cancerous moles.

Dorothy Yang, of the Royal Free London NHS Foundation Trust, who led this recent study, said: “Evidence suggests men are less likely to protect themselves from the sun or engage with melanoma awareness and prevention campaigns.”

Melanoma is the deadliest form of skin cancer because it can spread quickly to other organs.

Rates have increased across the globe, particularly in regions with predominantly fair-skinned ­populations like us Anglo-Saxons.

The data has been gathered by the World Health Organization over the past 30 years.

Martin Ledwick, of Cancer Research UK, said that investigation was needed into the causes of male death rates.

He said: “Once we know the answer, researchers may recommend ­targeting men with information about how to reduce their risk… such as advice on staying safe in the sun and getting any new moles or blemishes, or changes to existing ones, checked out by a doctor.”