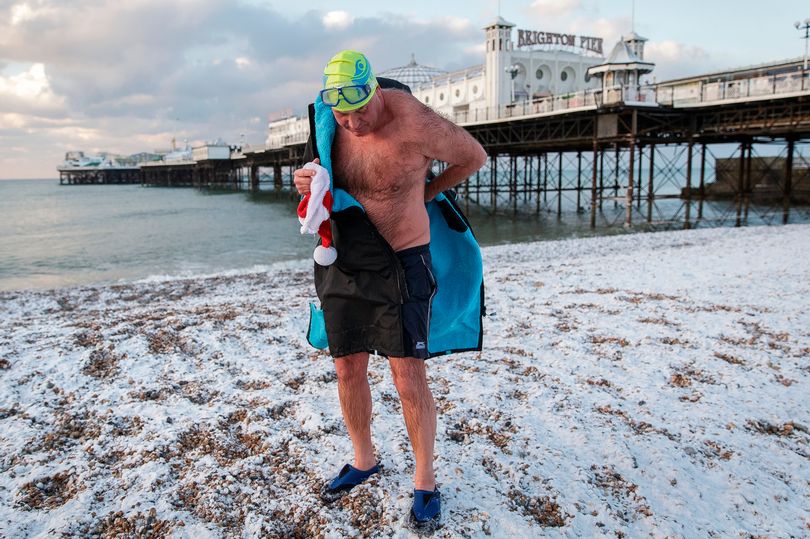 Pictures of stalwarts facing the freezing weather and perishing water to take a dip in the sea impressed me last week.

Are they mad or what? Knowing what it feels like to immerse yourself in freezing water is only a dim ­memory. As kids my mum used to insist we rode the waves of the North Sea on holiday. I swore I’d never do that again.

Turns out one of my daughters-in-law is becoming addicted to cold water swimming and says she feels like a million dollars. She’s following the example of one of her girlfriends who swims in her local lido every morning. So maybe I should rethink.

As Dr Mark Harper points out, getting into cold water evokes a form of stress response even at 20C. This response is the same as our response to any stress – increased heart rate, raised blood pressure and the release of cortisol, the stress hormone. None of that is particularly good for us.

But here’s the upside. If you go on immersing yourself your stress response gets less. Cold water ­adaptation leads to a lessened response to stress so your heart rate and blood pressure don’t go up as much when you get into the cold water, and you find you can control your breathing.

So could cold water swimming be good for you, conferring its own specific benefits? 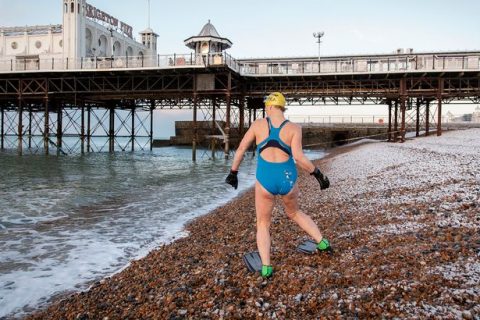 Mike Tipton and Heather Massey at the Extreme Environments ­department in Portsmouth say yes. They’ve shown that, compared to controls, sea swimmers seemed to suffer from fewer and less severe colds. So could sea swimming even be used as a therapeutic tool?

Possibly, because cold water ­adaptation damps down inflammation and it may be more effective than expensive drugs with side effects.

Furthermore, high levels of ­inflammation are associated with many conditions, such as depression.

Low levels on the other hand seem to act like a tonic and confer extra years of life. 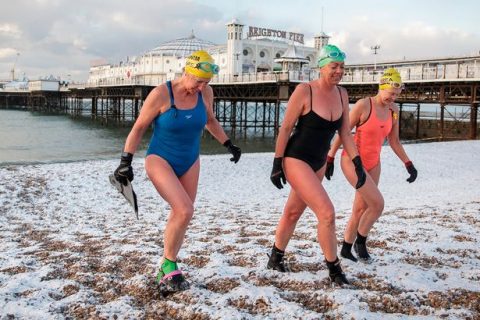 The Portsmouth researchers are trying sea swimming as a treatment for depression. They describe a young woman desperate to get off her ­antidepressants who went through a cold adaptation programme one day and then swam in a lake the next.

She was transformed into someone bursting with smiling energy. She had been taking antidepressants for eight years but within four months she was off them and managing her symptoms by swimming in the lake.