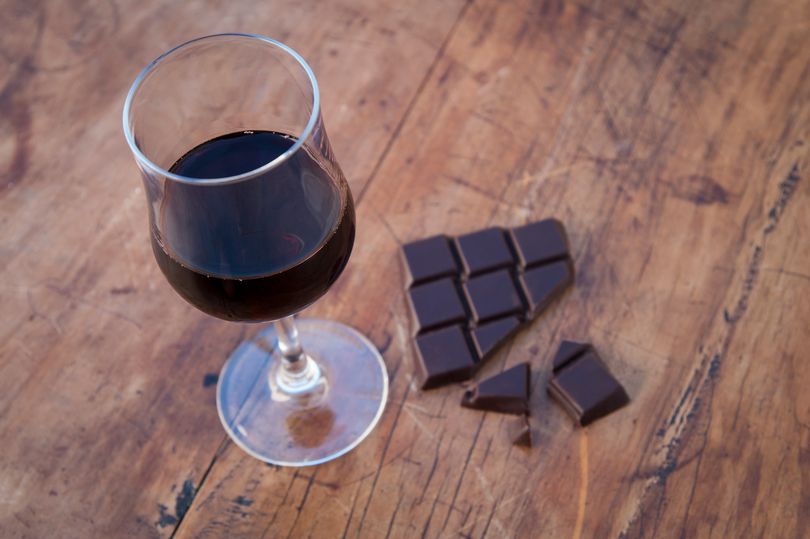 At Christmas, more than any time of the year, we indulge ourselves with goodies, all the time feeling guilty about it.

Well, here are two treats that you needn’t feel concerned about as long as you don’t overdo it – red wine and dark chocolate! Yes, I’m sure you’ve heard this before but a reminder in these hard times does no harm.

Red wine has been hailed as good for the heart and dark chocolate the same, but did you know an ingredient in both of them could liven up the cells elsewhere in your body?

Yes, it’s all down to that seemingly magic ingredient, resveratrol, which can make cells both look and behave like younger ones.

In the lab, researchers at Exeter and Brighton Universities fed resveratrol to cells well beyond their lifespan and found they could return them back to their former youth.

Researchers already knew that a class of genes called splicing factors are progressively switched off as we age. Feeding them resveratrol switched the genes back on. The effect was immediate and the older cells started to divide like much younger ones.

Researchers hope their breakthrough could lead the way to treatments that help people age better and avoid some of degenerative problems we face as we get older.

One of the reasons we become more susceptible to disease as we age is that our tissues accumulate “senescent” cells which are alive but don’t grow or function as they should, as in arthritis and cognitive decline. It turns out that older people with fewer splicing factors have senescent cells, in
most organs.

Professor Lorna Harries, Professor of Molecular Genetics at the University of Exeter, said: “This is a first step in trying to make people live normal lifespans, but with health for their entire life.

“Our data suggests that using ­chemicals to switch back on the major class of genes that are switched off as we age might provide a means to restore function to old cells.”

Dr Eva Latorre, of the University of Exeter, who performed these experiments, was surprised by the extent and rapidity of the changes in the cells.

“When I saw some of the cells in the culture dish rejuvenating I couldn’t believe it. These old cells were looking like young cells. It was like magic,” she said.

“I repeated the experiments several times and in each case the cells
rejuvenated.”

In the meantime, don’t go too mad on the red wine and dark choc this Christmas.