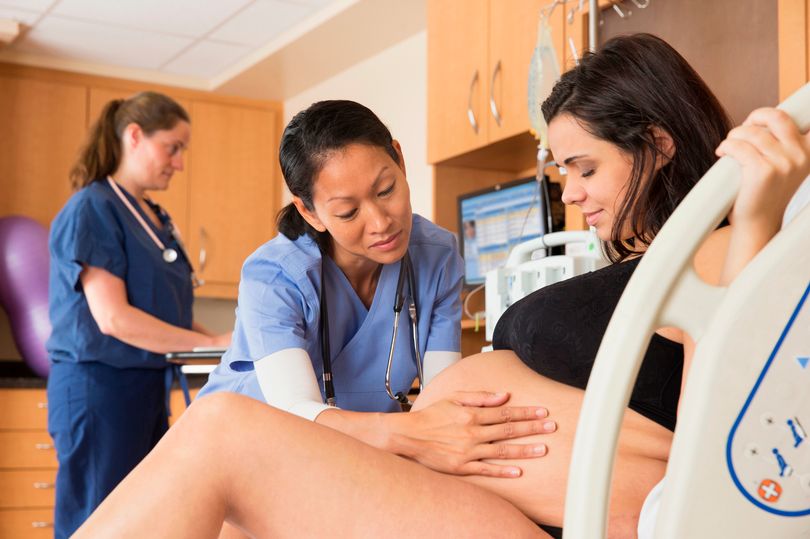 Every year 23,000 pregnant women in Britain suffer this ­potentially deadly condition that’s notoriously difficult to ­diagnose because some symptoms – such as high blood pressure, swollen feet, headaches and nausea – are also common in normal pregnancies.

Pre-eclampsia, which is caused by a malfunction within the placenta, occurs in the second half of pregnancy and is a major cause of ­stillbirth and miscarriage.

Left untreated it’s extremely dangerous for the mother herself and is the second leading cause of maternal death after sepsis.

Because it’s so difficult to diagnose, doctors, until now, have admitted to hospital thousands of healthy ­pregnant women for monitoring, just in case they had the condition.

Until now, a diagnosis of pre-eclampsia has taken an average of four days, including 24 to 36 hours of ­monitoring in hospital – a worrying experience for any pregnant woman.

A simple blood test could change all that, and save lives.

A new speedy test for pre-eclampsia which is 95% accurate does just that. It also allows doctors to begin treatment two days earlier than usual – resulting in a 68% reduction in severe complications such as strokes, heart attacks and seizures among women.

The ‘PlGF’ blood test, which works by detecting chemicals from the placenta circulating in the blood, means thousands of women can be ­immediately reassured they aren’t at risk of developing pre-eclampsia and be sent home.

Those mothers whose blood test is positive are admitted for ­monitoring and treatment.

A study involved 1,035 women with suspected pre-eclampsia at 11 ­hospitals across the UK and showed the average time to pre-eclampsia diagnosis was cut from 4.1 days to 1.9 days, plus serious complications for the mother were also cut.

Study leader Professor Lucy ­Chappell of King’s College London said: “For the last hundred years, we have ­diagnosed pre-eclampsia through measuring blood pressure and checking for protein in a woman’s urine. These are relatively imprecise and often quite subjective.

“We knew that monitoring PlGF was an accurate way to help detect the condition but were unsure whether making this tool available to clinicians would lead to better care for women. Now we know that it does.”

Health bosses announced they will make the test, which costs £70 to £80, more widely available across the country in light of the new results.