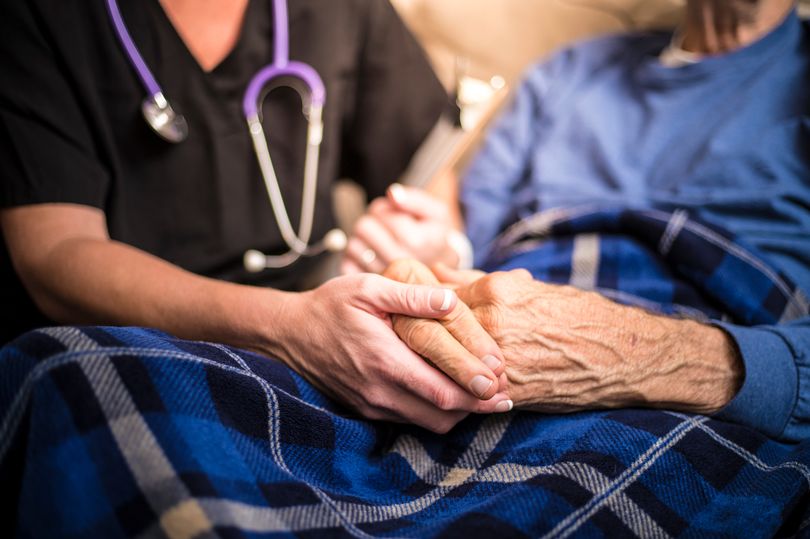 Parkinson’s disease, much like Alzheimer’s, is caused by the accumulation of clumps of an abnormal protein in the brain.

It’s toxic and is thought to kill nerve cells responsible for producing ­dopamine, which acts as a chemical messenger in the brain sending ­messages to different parts.

Low levels of dopamine cause the symptoms seen in patients with Parkinson’s, including a mask-like face, tremors, slowness of movement and smaller and smaller writing.

Cambridge University researchers have come up with an answer.

They believe they’ve discovered how to stop Parkinson’s in its tracks.

Giving a particular protein-busting molecule has reversed signs of the disease.

The molecule, called anle138b, stopped the build-up of toxic protein clumps in the brain and could prove crucial in halting the progression of the condition in patients.

Parkinson’s is quite common, affecting one in 500 people.

At the moment there’s no cure and no way of stopping the disease from progressing, but hundreds of trials are under way in an effort to change that.

This new research was done in mice and while we aren’t rodents, the results, nonetheless, give us reason for hope.

In the study, year-old mice with Parkinson’s disease were given anle138b, and in three months big improvements were noted.

The rodents had fewer protein clumps in their brains meaning fewer brain cells had been destroyed.

Consequently the way they walked improved, according to researchers led by Professor Maria Grazia Spillantini.

Parkinson’s UK, which funded the research, claimed that the molecule “effectively reversed several of the symptoms”.

Dr Beckie Port from the charity said: “We have no treatments that can slow or stop the progression of Parkinson’s and the discovery may prove to be crucial.

“It is vital we continue to support world-leading academics… and ensure results like these are turned into the future treatments that are so ­desperately needed.”

This is just a first step but it’s an encouraging one for doctors and for everyone working in this field – and especially for people suffering from Parkinson’s and their families.