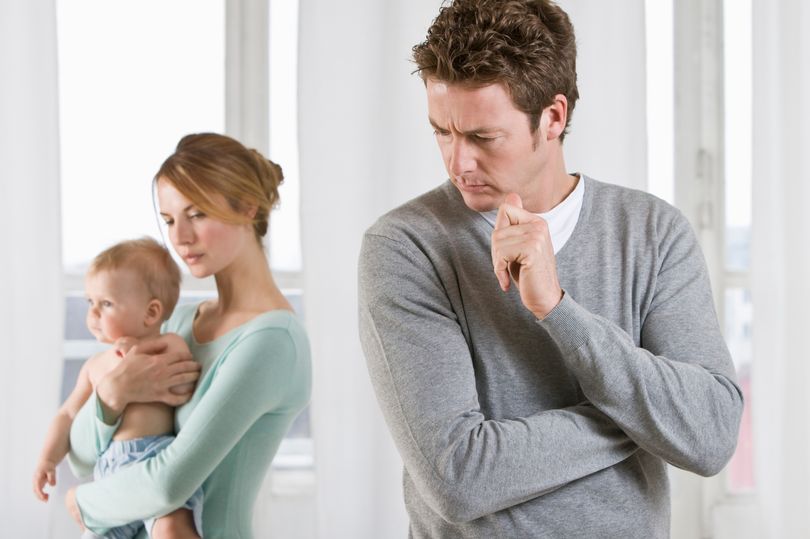 One of my sons is an expectant father and he is in the throes of the nesting syndrome. It’s as though he is the first man to be having a baby, so new-fangled is he with his new role.

So news that post-natal depression afflicts new fathers as well as mothers does not really give me cause for ­concern. Nonetheless it is interesting for all fathers to be.

Researchers at the University of Auckland in New Zealand say fathers-to-be should be checked in the run up to the arrival of a new child.

This is because their study found more than two out of every 100 fathers are affected by symptoms of ­ depression during their partner’s ­pregnancy and five out of 100 get depressed after the baby is born.

These proportions are far lower than those for women, with 12 in 100 mothers having antenatal depression and eight in 100 suffering postnatal depression. But if the figures hold true for men in Britain, over 30,000 men may be suffering in silence each year.

Dr Lisa Underwood, researcher at the University of Auckland, said: ­“Pregnancy and childbirth may be high-risk periods for male depression.

“Maternal perinatal depression is linked to physiological changes, for example hormone fluctuations. Expectant and new fathers also ­experience biological and ecological stressors, including changes to brain circuits, structure and hormones that can increase their risk of depression symptoms.”

The study monitored 3,523 men with an average age of 33, whose partner was in the last three months of pregnancy, until nine months after the birth.

Dr Underwood says at present there is no routine screening for fathers before or after the birth of their ­children, since they aren’t usually part of routine perinatal care.

She adds: “It is important to ­recognise and treat symptoms among fathers early and the first step in doing that is arguably increasing awareness.”

Here in the UK, Abigail Wood of the National Childbirth Trust said of the New Zealand results: “Many new dads experience increased stress and anxiety before and after the birth of their baby.

“Dads tell us that mental health is something they worry about before and after the birth of their children.”

National Childbirth Trust research shows one in three new fathers are concerned about their mental health. If any dads are worried, they should talk to their GP.