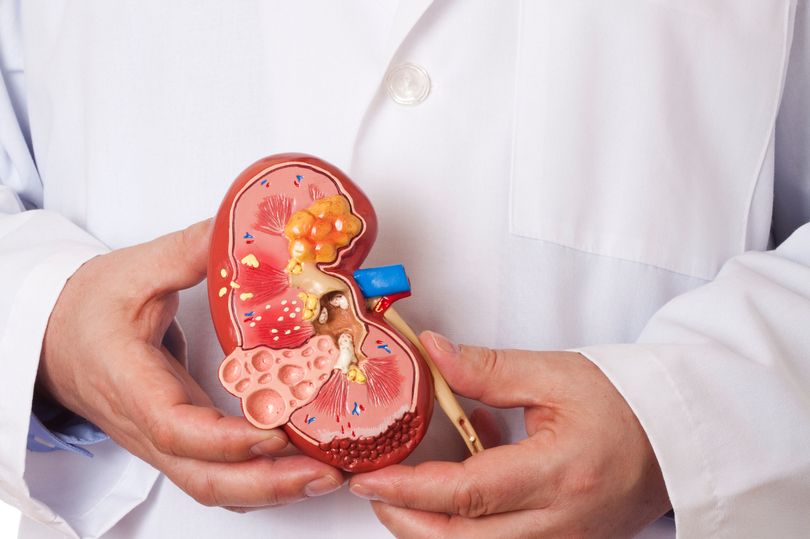 Renal failure and chronic kidney disease is getting more and more common in parallel with the increase in diabetes, the leading cause of kidney failure in the world today.

The culprit is a protein called Neuropeptide Y (NPY) which sends harmful signals to the kidney and damages the filtering unit, the glomerulus. It was identified through cutting-edge research led by Bristol University.

It’s present in high levels in the brain where it supplies energy, and also in the kidney. The damage it causes to the filtering unit results in large amounts of protein leaking into urine, a condition called proteinuria which, if left untreated, can lead to kidney failure requiring dialysis or a transplant.

It’s also related to an increased risk of suffering a heart attack or stroke.

Richard Coward, Professor of Renal Medicine at the University of Bristol, said: “Chronic kidney disease affects more than one in 10 of the world’s population, claiming millions of lives every year.

“That makes the discovery of NPY’s detrimental potential in the kidney and ways to block it an exciting step forward, which could play a vital role in developing new treatments for proteinuric kidney disease and associated complications.”

When studying diabetic kidney disease the international research team found NPY levels were ­significantly lower in the glomeruli of patients with diabetes.

“It surprised us because that’s the opposite to what happens in the blood circulation in diabetes and other kidney diseases where NPY levels typically increase. So we wanted to delve deeper and find out what could be happening here and why,” Prof Coward said.

The research group studied mice that were both able and unable to produce NPY to better understand its importance in the kidney.

They found mice lacking NPY were protected from both diabetic and non-diabetic kidney disease.

It turned out the damage inflicted on the kidney by NPY was mediated via a cell receptor called NPY Receptor 2 (NPY2R). The mice with kidney disease were given a drug to block this receptor and they developed much less severe kidney disease.

Prof Coward said: “This is a hugely exciting breakthrough and shows that exploring and finding ways to stop NPY in its tracks really could take us one step closer to beating chronic kidney disease, along with a host of other debilitating conditions.

“We look forward to advancing this vital work in future research.”