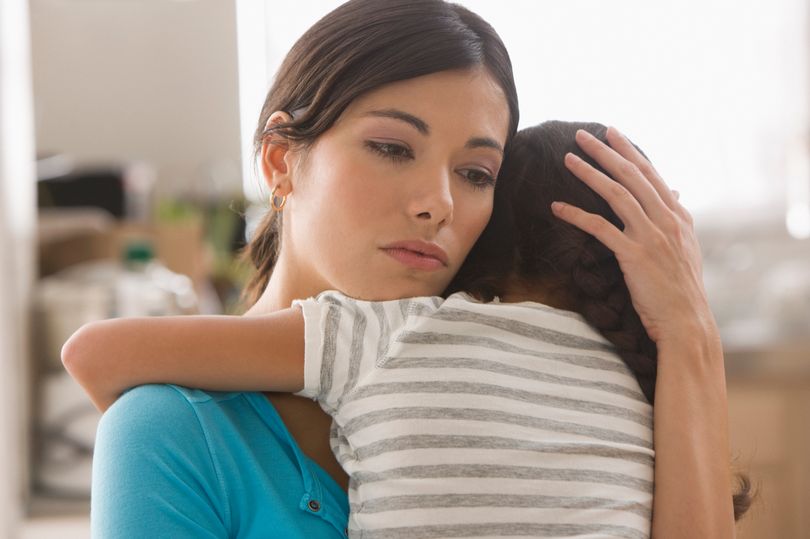 We all love hugs. I know I do. And when we see someone we know is distressed, our immediate reaction is often an empathetic “come here and have a hug”.

This need for physical comfort is deeply ingrained in us. Baby chimps will go without food to get a cuddle.

Chimps are our closest living relatives and we share 98.8% of their DNA with the ancestors of humans and chimpanzees diverging around four million years ago.

And it turns out we have a lot else in common with them – and other apes – who use hugs and touches to comfort members of their tribe.

Research from the Netherlands has looked at our “empathy index” to see how we console victims of violence, an extreme example of someone needing a hug.

Offering hugs and friendly touches to soothe such victims seems to be a primal instinct inherited from our primate ancestors.

That’s the finding of a new study that has documented this behaviour scientifically in human adults for the first time.

The research has found that chimps and humans console victims of violence in similar ways.

And the reason in both cases is a sense of empathy that’s shared by people and great apes, according to the researchers.

Scientists at the Netherlands Institute for the Study of Crime and Law Enforcement looked at surveillance footage of 22 robberies and studied the behaviour of 249 people who were present during the crimes to analyse how victims and onlookers reacted.

The team wanted to discover what factors affected whether people were likely to offer emotional support to the traumatised victims.

Consoling behaviour has been scientifically documented in the great apes, including bonobos, chimpanzees and gorillas, as well as human children, but never in adults.

And the behaviour demonstrated in the CCTV footage, including hugging and sympathetic touching, was remarkably similar to that of chimps.

In other words, our evolutionary capacity for empathy is related to our tendency to live in such groups.

Dr Lindegaard’s team also found that women were three times more likely than men to console victims, irrespective of their gender.
Dr Lindegaard added: “People who know each other may be better at recognising the stress of the other.”
This also seems to be a powerful factor affecting whether we feel we can console someone or not.