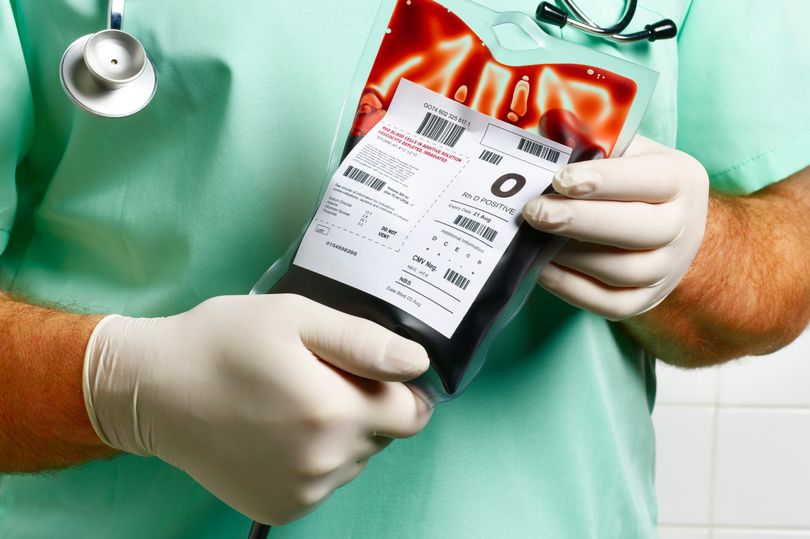 A very dangerous hare was set running last year when it was suggested Alzheimer’s could be “caught” from blood ­transfusions.

It can’t, but the alarm was sounded when researchers at University College London warned that some patients who had contracted CJD (Creutzfeldt-Jakob disease) through “medical accidents” (see below) also had Alzheimer’s disease, suggesting that the diseases were ­transmitted at the same time.

They warned that theoretically the seeds of dementia could be accidentally passed on through a blood transfusion.

This bizarre and false connection arose because between 1958 and 1985 nearly 2,000 people of short stature in Britain were given pituitary growth hormone taken from dead donors in the belief if would help them grow.

But, unknowingly, the hormones were infected with CJD and nearly 80 people have since died because of this medical error.

Last year, British scientists who were studying the brains of patients who had died from CJD, found large quantities of amyloid protein – a sticky deposit which forms among brain cells and stops them communicating with each other properly in Alzheimer’s patients.

The researchers suggested that dementia was “seeded” in the brains of the patients at the same times as CJD, with amyloid thought to be a cause of Alzheimer’s.

To my mind this flies in the face of science. We know that normal people of 90 or over have brains full of amyloid and DON’T have ­Alzheimer’s.

It’s not cut and dried and such ­suggestions are dangerous ­supposition, not to say scarily alarming.

But now a large study by the Karolinska Institutet in Sweden has found that there’s no risk of transference. To prove their point, researchers looked at 2.1 million people who’d received blood transfusions from 1.7 million donors over a 40-year period.

They found there was no difference in the rates of neurological disease between those given transfusions from dementia sufferers or the dementia free.

“The results are unusually clear for such a complicated subject as this,” says principal investigator Gustaf Edgren, Department of Medical Epidemiology and Biostatistics at the Institutet.

“We’ve been working with this ­question for a long time now and have found no indication that these diseases can be transmitted via transfusions.

“Blood transfusions are extremely safe in the western world today, but we are working continuously and ­proactively on identifying any overlooked risks.”

The Government’s Chief Medical Officer, Dame Sally Davies, said the Department of Health was monitoring the situation and reassured the public that there was little risk.