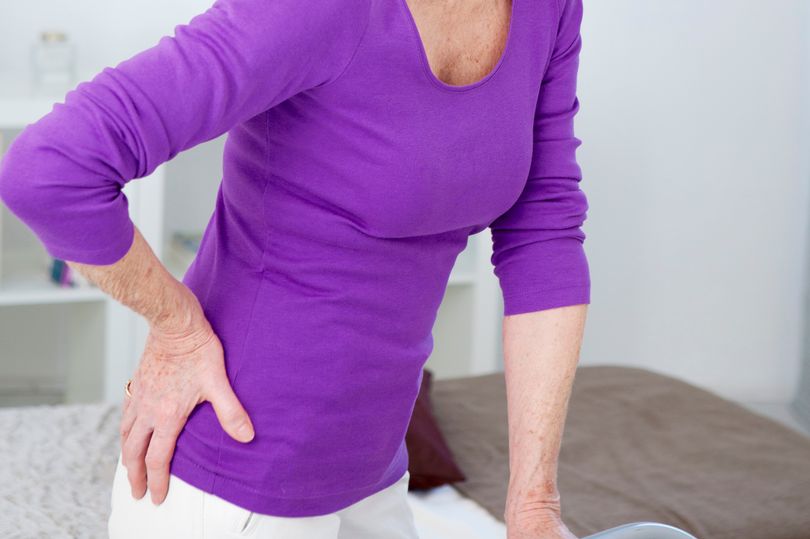 They can, however, be difficult to treat, mainly because they tend to occur in elderly patients whose bones have been softened by osteoporosis.

The traditional way to fix these ­fractures is still with an old-fashioned sliding hip screw.

“These fractures heal pretty well if you can stabilise them with plates and screws,” explains Professor Griffin of Oxford University.

“However, in many patients the bones are softer and more brittle due to osteoporosis.

“This means instead of screwing into hard wood-like bone that holds together, you are working with soft spongy bone that makes anchoring a device difficult. This makes these ­operations more likely to fail.”

Currently, one in 20 operations to repair a hip fracture doesn’t work.

And six out of 100 patients will die within 30 days of the op. If the procedure fails, however, the second and much bigger operation has a 50% mortality rate.

“We try to operate on patients as quickly as possible, within 36 hours, because lying in bed and not being able to walk can have a negative impact on their health.”

It’s a big problem because around three million people in the UK have osteoporosis.

So three cheers for a new device called the X-Bolt invented in 2012 by orthopaedic surgeon Brian Thornes.

Prof Griffin explains: “The idea of the new device is to get a better grip in the bone.

“The screw that goes into the top of the thigh bone to hold the fracture together contains a flattened, winged bolt. Once in place, the wings of the bolt are released by turning a screw thread they are attached to and they expand to give greater stability in the bone.

With more stability, the repair has greater strength and recovery is much quicker.

“This device has the potential to transform fixation in patients with osteoporosis and hip fractures, providing a significant improvement in mobility and quality of life,” Dr Thornes says.

Early results look promising. A 100-patient pilot study at the ­University of Warwick, shows a zero re-operation rate with the X-Bolt, compared to 6% for the traditional procedure.