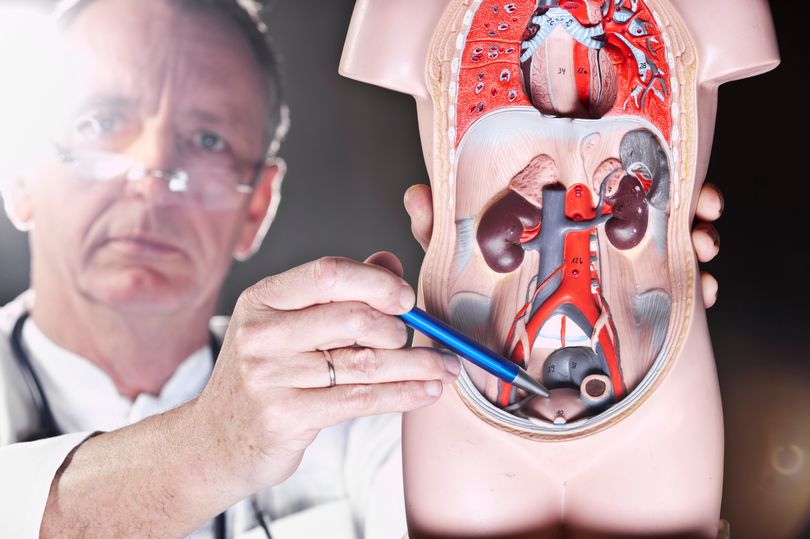 Prostate cancer is regularly in the news as advances in treatment are discovered, and so it should be.

However, it’s cousin, BPH, or to give it its full name, benign prostatic hypertrophy, is more common and more easily treated. It has none of the sinister connotations of cancer but can cause troublesome symptoms.

Most men will have some degree of BPH by the time they reach their 70s, with symptoms of urgency, frequency, difficulty in starting to pee and having to get up at night to urinate.

The prostate gland lies just below the exit from the bladder, surrounding the exit pipe (the urethra that carries urine and semen to the outside).

When it swells with age it gives a man the sensation of a full bladder, but at the same time emptying of the bladder becomes difficult.

The standard surgical treatment is TURP, transurethral resection of the prostate, but now there is a new approach. It’s called PAE, or prostate artery embolisation – blocking off the main arteries to the prostate so that it shrinks in size.

It’s been shown to be safe and ­effective in several small trials and as good as TURP.

After detailed MRI and CT scans of the gland itself and its blood supply, the prostatic arteries are blocked by forming blood clots, a process which is called embolisation.

The latest trial comparing PAE with TURP in men with moderate BPH showed both treatments led to similar improvements in symptoms.

Changes in other outcomes, however, were significantly better after TURP than after PAE, including maximum urine flow rate, residual urine volume, and the size of the prostate gland.

Importantly, there was no impact on erectile function in either group.

PAE caused less blood loss and fewer side effects than TURP, but more men reported pain afterwards (56% after PAE versus 32% after TURP).

You might ask if PAE is a good option for men with BPH symptoms who haven’t improved with medical ­treatment. The authors I think would answer with a cautious yes.

The ­procedure improves urinary ­symptoms, avoids surgery and its inherent risks, and could preserve normal ejaculation better than TURP.

Recurrence rate is a key outcome in any evaluation of treatments for benign prostatic hypertrophy and at this point it’s impossible to know the true risk of recurrence with just this 12-week trial to go on.

But it would be an important consideration for patients choosing between options.