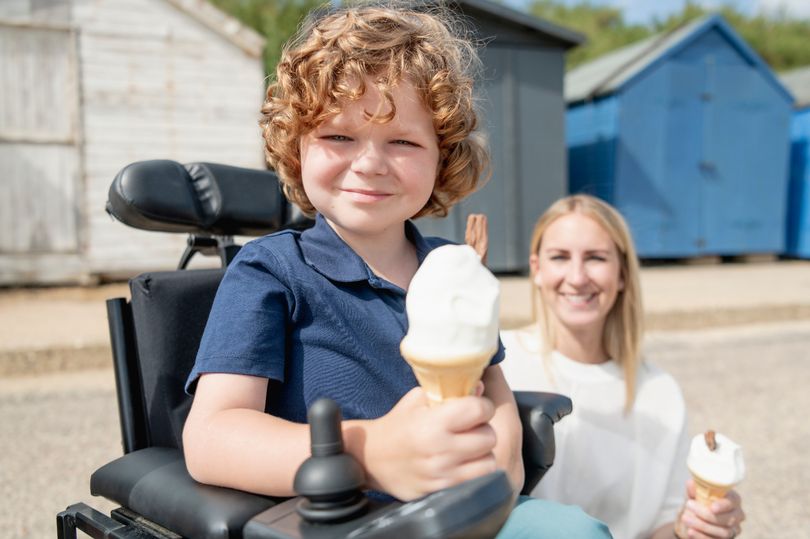 The most common fatal genetic disorder in children is Duchenne muscular dystrophy (DMD), the muscle-weakening condition affecting as many as one in 3,500 boys worldwide.

“Children with DMD often die either because their heart loses the strength to pump, or their diaphragm becomes too weak to breathe,” said Dr Eric Olson, Director of UT Southwestern’s Hamon Center for Regenerative Science and Medicine in Dallas, US.

Symptoms usually appear when a child is between three and five years old, and begin with a weakening of the hips, thighs and shoulders.

By the time they reach their early teens the heart and breathing muscles also begin to be affected.

Currently there’s no cure for the condition and it often kills patients by their early 30s.

Now scientists have made a breakthrough in the search for a treatment, but currently the studies have only been carried out in dogs.

Researchers have found a way to edit genes so that they can rebuild weakened muscles. Experts say their approach is new because it tackles the cause of the disease instead of its symptoms.

Scientists from the University of Texas say what they managed to achieve was “unprecedented” and could save the lives of people living with DMD, adding: “This would hopefully prevent patients from dying of the disease.”

It was already known that DMD is caused by the body failing to produce the protein dystrophin, which is important for muscles to be able to function properly.

DMD mainly affects boys because it’s caused by a gene mutation on the X chromosome of which boys have only one. Girls have two and so have a back-up if one is damaged.

By editing damaged DNA, the researchers are able to reboot the body’s production of dystrophin, boosting levels close to normal within weeks of treatment.

In the heart, dystrophin levels could rise to 92% of normal, and in the diaphragm – the main chest muscle needed for breathing – by 58%.

To help bring dystrophin back up to healthy levels researchers used a harmless virus which was programmed to edit out harmful gene mutations.

Dr Leonela Amoasii, lead author of the study, said: “Our strategy is different from other therapeutic approaches for DMD because it edits the mutation that causes the disease and restores normal expression of the repaired dystrophin.

“But we have more to do before we can use this clinically.”