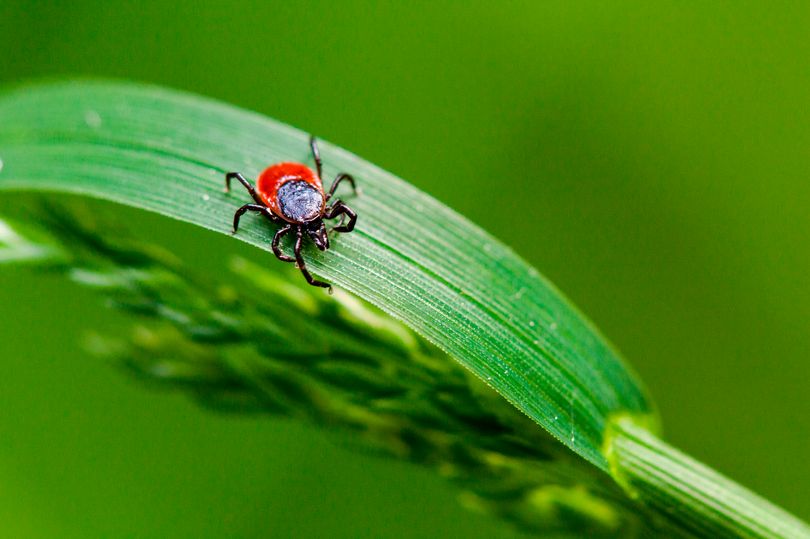 The dangers of Lyme disease were covered on this page in March last year but I’m writing about it again to urge you to seek immediate treatment if you ­suspect you have it. If not treated promptly it can become a living hell.

What exactly is Lyme disease? It’s a bacterial infection spread to humans by infected ticks. A tell-tale early sign can be a rash, often with spots in a ring conformation with bullseye-like redness at the centre of the ring.

But many people escape the rash so Lyme disease goes undiscovered and untreated. It can morph into a chronic form where heart problems, nerve damage and arthritis can be crippling.

As there’s no vaccine available prevention relies on people being aware of the risk and using sensible measures to avoid being bitten, such as wearing suitable clothing and checking the skin for ticks after a walk through long grass or leafy forest land.

One of the worst aspects of Lyme disease is the personality changes that ensue. A friend was labelled psychotic and was admitted to a psychiatric hospital because doctors didn’t believe she had Lyme disease. She had also lost her memory, couldn’t keep up a conversation and had double vision.

Lyme disease stops sufferers living normally because a debilitating aspect of the condition is excessive fatigue and tiredness. Many patients are ­therefore fobbed off with incorrect diagnoses like anaemia, ME, chronic fatigue syndrome and fibromyalgia.

The danger here is that patients don’t get the right treatment which is very sad because most people respond to antibiotics given early.

But Lyme disease can mimic cardiac, ­neurological, chest, kidney and liver disease and lead even the best doctors up the wrong path.

According to the NHS, 3,000 people are infected each year, up from 268 in 2001. The National Institute for Health and Care Excellence is expected to publish guidance on the condition next year.

If you’re convinced you have Lyme disease, confirming it can be ­expensive, up to £10,000 for blood tests at private labs in Germany and California.

And even then experts may not believe them. Matthew Dryden, consultant microbiologist at Public Health England who also runs a Lyme disease clinic in Winchester, Hants, said: “A number of private laboratories abroad offer tests for Lyme disease, but the value of many of these tests has not been published or verified.”

So what are you supposed to do if you suspect you have LD, feel seriously ill and no one will take you seriously?

All I can suggest is you get in touch with Matthew Dryden.