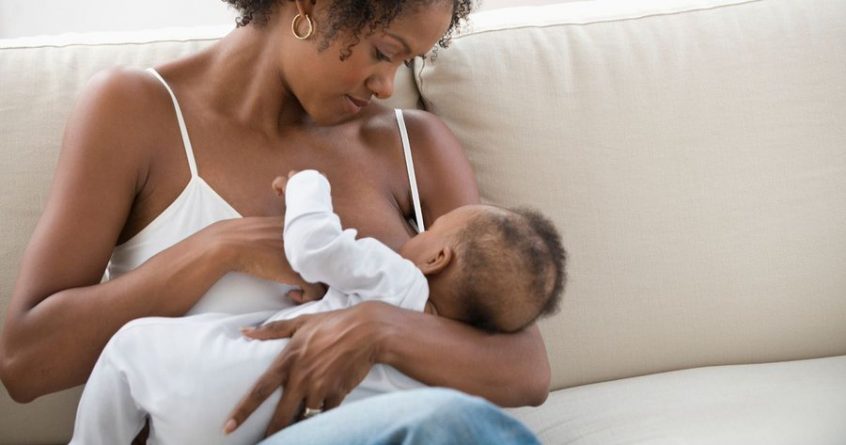 Breastfeeding levels in this ­country are way below ideal.

No woman should feel coerced into breastfeeding if she doesn’t want to, but I’m in favour of making it as easy as possible for her to breastfeed her baby and for them to bond.

One of the greatest deterrents for mums is nipple pain.

More than seven out of 10 of first-time mothers report nipple and/or breast pain in the first week after giving birth.

And the most common cause is inadequate latching on, as described by medical ­practitioner Lisa H Amir and colleagues.

Latching on refers to how the baby takes the breast into their mouth to suck, and unless a new mum is shown how to do this, it’s difficult for her to achieve a good latch.

Many new mums don’t understand that the whole nipple, including a lot of the areola, has to go in the baby’s mouth.

If not, the baby ends up “chewing and chomping” on the nipple causing bruising and painful breaks in the skin.

It’s excruciating when the baby suckles. No wonder a woman wants to stop.

It’s worth noting if the pain is continuous it’s unlikely to be ­inadequate latching.

If nipple pain occurs only with breastfeeding, the diagnosis is more likely to be latching difficulty.

Other conditions, however, can cause nipple pain during ­breastfeeding such as surgical scars or nipple piercings.

Both very long nipples and “flat” or inverted nipples can be painful too.

Fullness and hardness of both breasts may indicate engorgement.

Redness might signify a blocked duct/mastitis (infection). If swelling and redness is marked, and spreading across the breast/chest, it’s cellulitis.

With engorgement, both breasts are “full”, tender and tense.

A blocked duct or mastitis can cause tenderness in a section of breast that may be swollen and hard. With mastitis, the breast might be inflamed, firm, and lumpy.

It’s also possible to have allergic dermatitis caused by using a nipple cream.

There again there are conditions where breast pain, or the perception of breast pain, is unrelated to ­breastfeeding such as fibromyalgia and muscle pain.

A baby’s so-called tongue-tie is sometimes quoted as a cause of nipple pain, but it rarely is because it rarely truly exists.

This leads to many babies having unnecessary tongue-tie surgery.

It’s easy to blame tongue-tie for inadequate latching but it’s rarely the cause and parents shouldn’t use it as an excuse for both nipple pain and poor feeding.

Most “tongue-ties” ­disappear as the baby grows.