Well now, here’s an example of gender bias entirely ­configured by Mother Nature – women are more likely than men to get asthma because we lack the protection of the male ­hormone testosterone.

We also have more of a particular immune cell which responds to inflammation by producing mucus, leading to coughing and wheezing.

Turns out testosterone blocks these injurious immune cells and thereby the development of asthma.

The testosterone which floods male bodies at puberty is thought to protect them, so that they’re then less likely to have asthma than women. Female sex hormones don’t protect against asthma. But there is an upside. 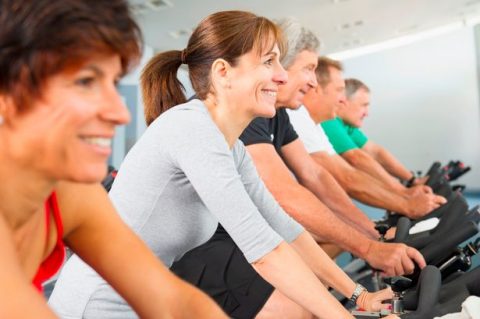 Senior author Dr Dawn Newcomb, from the University of Vanderbilt, US, said: “Our findings may help develop a treatment for women’s asthma.”

Dr Samantha Walker of Asthma UK said: “While we have known for some time that women are more likely to have asthma than men, this study is promising because it gives us a deeper understanding of the part that hormones play in the condition.

“But this new study goes one step further in identifying a cell which is more prevalent in women with asthma. It also suggests that some hormones can suppress these cells and, in the future, they could be used to help people with asthma.”

The research, led by Vanderbilt University Medical Centre in Tennessee, also helps to explain why young boys are more likely to have asthma than girls but only until their teenage years.

The US researchers collected blood samples from 21 people of both sexes with and without asthma to discover that women had more of a type of lung cell called ICL2.

These cells are responsible for an abnormal overreaction of the immune system which causes asthma. They do so by producing inflammatory proteins called cytokines, which make it harder to breathe.

Mice also have these cells and when researchers fed the animals pellets containing testosterone, they found their ICL2 cells produced fewer of these proteins. When female sex hormones like oestrogen and ­progesterone were used on the mouse cells, they had no protective effect.

Dr Newcomb said: “When we started this study, we really thought that ovarian hormones (oestrogen and progesterone) would increase inflammation more so than ­testosterone making it better.

“I was surprised to see ­testosterone is more important in reducing ­inflammation.” I’m surprised too.