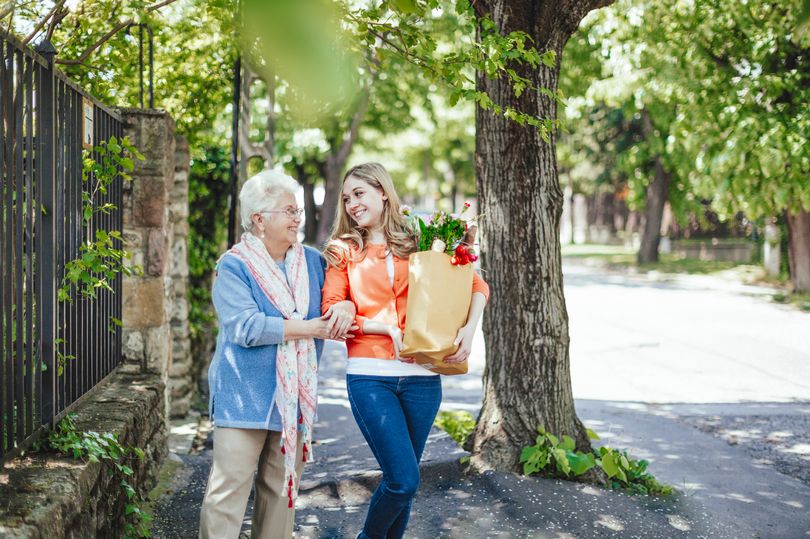 Years ago I used to struggle to carry the shopping from the supermarket, grumbling with every step, muttering I was nothing more than a beast of burden.

Little did I know that every step was doing me good. At least the recently retired chief medical officer Sally Davies says so.

She’s particularly keen to emphasise the importance of strength exercises, such as carrying heavy shopping bags, working hard in the garden or climbing stairs, and says it’s just as important for health as running or cycling.

Building strength and balance has been shown to reduce the risk of falls and bone-thinning in later life, which in turn preserves independence and enables people to stay active.

The latest figures show two-thirds of people fail to do the recommended 150 minutes of exercise a week, including more than half of women and seven out of 10 men.

She says: “I would hate to be ­recommending anyone should be joining a gym as that adds expense and time. The ideal is to build it into your day. Instead of catching the lift a floor or two, walk up, carry your ­shopping, get off the bus a few stops early, see what you can do in your normal life so it’s not a burden.

“You want to maintain the muscle strength of your lower limbs, your upper limbs and your torso.

“As we age, strength and balance become an issue and if you don’t start putting it into your daily itinerary, it’s difficult to introduce.

“A lot of admissions into hospital emergency rooms are because of falls. If people stayed fit and ­developed their muscle strength and balance, they would have maintained their independence and stopped those falls.

“If you could package physical activity as a tablet, it would be the magic tablet for the NHS.”

There’s also high intensity interval training (HIIT), an increasingly popular form of exercise which involves sprinting or cycling very fast for short periods of time. I do it twice a week on my spinning bike and it takes only 10 minutes.

The new NHS physical activity guide emphasises that even small amounts of exercise are better than nothing.

The latest advice is more flexible and suggests doing one or two longer bursts – such as at the weekend – is just as beneficial.