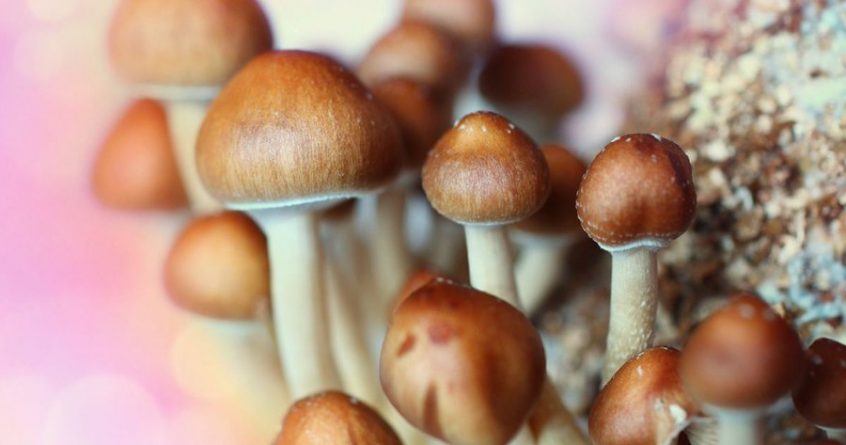 The brain adopts rigid ­patterns of activity if you suffer from depression. But researchers at Imperial College London have discovered that psilocybin, the psychedelic substance found in magic mushrooms, helps to “open up” depressed people’s brains.

Psilocybin is now one of a number of interesting psychedelics that are being explored as a ­potential therapy for ­psychiatric disorders.

Several studies have shown promising results in patients suffering with depression and anxiety, where traditional treatments are not working.

Researchers explain that patterns of brain activity in depression can become restricted, and that ­psilocybin could potentially help the brain break out of this rut, in a way traditional antidepressants can’t.

The new results, taken from two combined studies, reveal that people who respond to psilocybin-assisted therapy show increased brain ­connectivity, not just during their treatment, but up to three weeks after, and this “opening-up” effect helped. Similar changes in brain connectivity were not seen in people treated with ­escitalopram, which is a conventional ­antidepressant used to treat anxiety and OCD.

It suggests that the psychedelics works differently in depression.

“The effect seen with psilocybin is consistent across two studies, related to people getting better, but was not seen with a conventional ­antidepressant,” says Professor Robin Carhart-Harris, senior author and former head of Imperial’s Centre for Psychedelic Research.

In the new research, the team analysed fMRI scans, where you carry out functions while being scanned.

Both of the studies found ­improvements with psilocybin therapy, with brain scans revealing altered communication or ­connectivity between brain regions.

“These findings are important because for the first time we find that psilocybin works differently from conventional antidepressants – making the brain more flexible and fluid, and less entrenched in the ­negative thinking patterns ­associated with the illness,” says Professor David Nutt, head of Imperial’s Centre for Psychedelic Research.

It works by increasing the ­communication between those brain regions that are more segregated in depressed patients.

The researchers also found a ­correlation between this effect and symptom improvement across both the trials.

Professor Nutt added: “This supports our predictions and confirms psilocybin could be a real alternative approach to treatments.”

Professor Carhart-Harris added: “One exciting implication of our ­findings is that we’ve discovered a fundamental mechanism via which psychedelic therapy works not just for depression, but other mental illnesses, such as anorexia or addiction.

“We now need to test if this is the case, and if it is, then we have found something important.”

It’s remarkable stuff and could pave the way for new treatments for ­depression in the years to come.