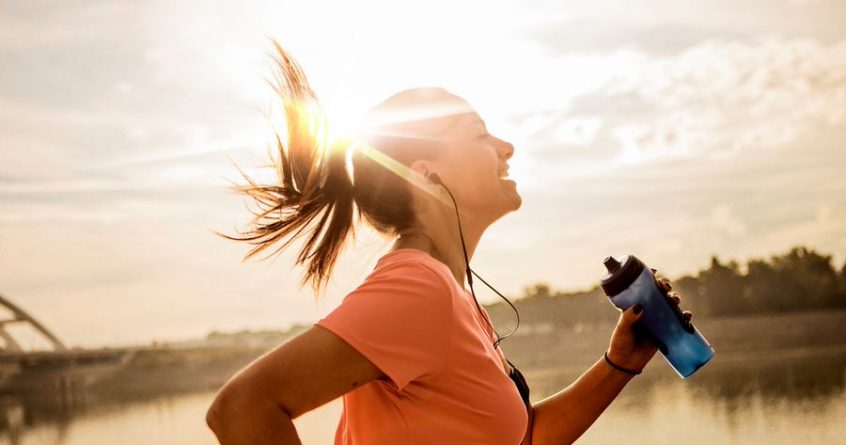 They say music may be the food of love… well, it might be the food of exercise too if we ­believe the research from Moray House School of Education and Sport at Edinburgh University.

One of its research studies proposes that listening to music while running might be the key to improving people’s performance even when they feel mentally exhausted.

The study is the first to investigate the effect of listening to music playlists on endurance running performance when mentally tired out. It found the performance of runners who listened to a self-selected playlist after completing an exhausting thinking task was the same as when they weren’t mentally fatigued.

Firstly, a test looked at the effects on interval running capacity with a group of exercisers – alternating between high intensity running and lower intensity jogging and, secondly, on a 5km time-trial with a group of nine trained runners.

Before completing high intensity exercise the groups completed a tough 30-minute cognitive test which fatigued them mentally with and without their motivational music.

What did they listen to? Everyday by A$ap Rocky; Addicted To You by Avicii; Run This Town by Jay-Z; Power by Kanye West; No One Knows by Queens of the Stone Age; and Eye of the Tiger by Survivor.

A control test was done without a mentally demanding test beforehand, and without the use of music.

During the exercise, heart rate and rating of perceived exertion were measured at multiple points.

The researchers found the interval running capacity among the mentally fatigued fitness enthusiasts was moderately greater with music, compared to without, and was the same as when the participants weren’t mentally tired out.

Researchers say the positive effects of music could potentially be due to altered perception of effort when listening to favourite tunes.

Dr Shaun Phillips of Moray House School of Education and Sport said: “The findings indicate that listening to self-selected motivational music may be a useful strategy to help active people improve their endurance running capacity and performance when mentally fatigued.

“This positive impact of self-selected music could help people to better maintain the quality and beneficial impact of their exercise sessions.”

Researchers are extending the study into how listening to music while running affects larger and different groups of people, in varied settings, and using different exercise challenges. Work in these areas is ongoing at the University of Edinburgh.