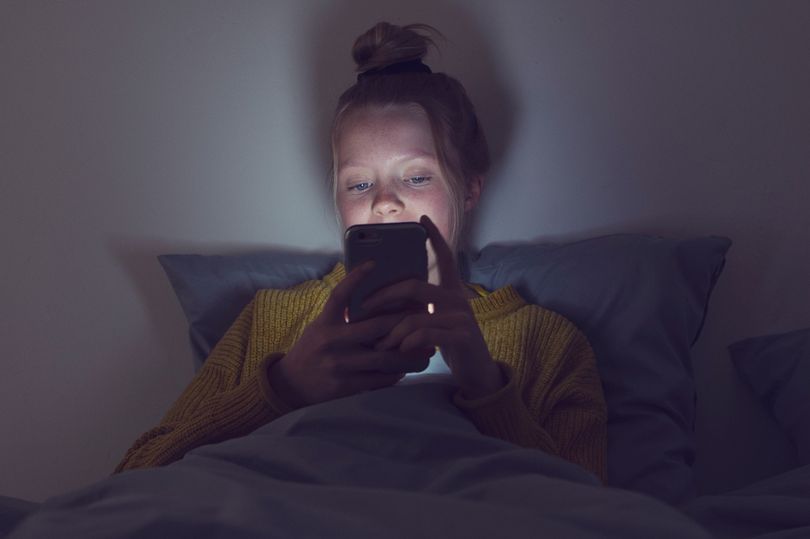 The interesting aspect of this new study is that their sleep problems can be improved in just one week. How?

Limiting evening exposure to screens, mobile phones, tablets and computers could do the trick.

The research says the crucial factor to bear in mind is reducing exposure to blue light devices in the evenings.

The result is adolescents can improve their sleep quality and reduce fatigue, lack of concentration and mood swings, all in just seven days.

We know that overexposure to blue light emitted from devices before bedtime can affect the brain’s clock and the production of the sleep hormone melatonin.

Dutch teenagers who spent more than four hours per day on screens went to sleep and woke up on average 30 minutes later than those who had less than an hour of screen time. They also slept less.

So the Dutch researchers looked at the effects of blocking blue light with glasses, no screen time during the evening, and the sleep pattern of 25 frequent users.

After just seven days of blocking blue light with glasses and screen abstinence, they were going to sleep 20 minutes earlier and had less sleep loss.

Dr Dirk Jan Stenvers, from the department of endocrinology and metabolism at the Amsterdam UMC, said: “Adolescents increasingly spend more time on devices with screens and sleep complaints are frequent in this age group.

“Here we show very simply that these sleep complaints can be easily reversed by minimising evening screen use or exposure to blue light.

“Based on our data, it is likely that adolescent sleep complaints and delayed sleep onset are at least partly mediated by blue light from screens.”

For the study the Dutch scientists from several research centres ­collaborated, and while experts welcomed the research, they cautioned that further work was needed to corroborate its findings.

It’s a theory, however, that I find compelling.