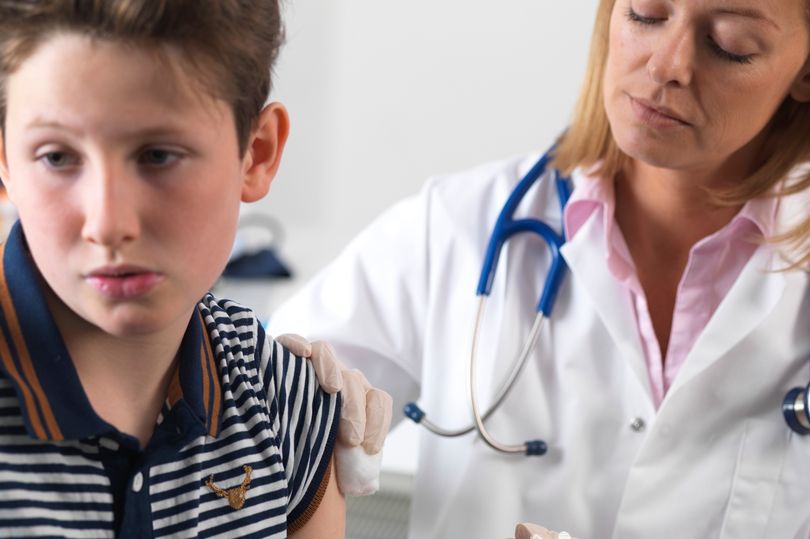 Medical practice is full of ­sexual bias with women often being downgraded.

One of those areas is the human papillomavirus vaccination. This is given to girls around age 12 to prevent the ­infection which is known to cause cervical ­cancer.

But HPV infects boys as well as girls, and they act as a reservoir of infection that can go on to infect our girls.

It always struck me as very odd, not to say discriminatory, that HPV ­vaccination is banned for boys. Why not go the whole hog and vaccinate them too?

None too soon there’s a call to lift the ban, not out of good sense but because male cancer rates are soaring. Boys carrying the HPV can go on to get cancers of the head and neck as adults.

Health experts say that an increase in oral sex is partly responsible for the spread of HPV and for the dramatic jump in neck and head cancers, which tend to have poor survival rates.

“To be blunt, the case for giving the vaccine to boys as well as girls is now unequivocal as far as I am concerned,” said Professor Mark Lawler, of Queen’s University Belfast.

“We have a chance to eradicate both these conditions – cervical plus neck and head cancers – and we should not be ­hesitating.”

A vaccine that could prevent HPV infections was developed a decade ago, and from 2008 has been used in the UK to inoculate schoolgirls against some cervical cancers.

In the UK, all ­schoolgirls are offered the vaccine from the age of 12 or 13, although there is an opportunity to be given the vaccine up to the age of 18. The take-up rate is more than 85%.

Rates of head and neck cancers are soaring in men across the world. Its prevalence is three to four times greater than it was 20 years ago and in many nations it is now the fastest-increasing cancer.

As a result, 15 countries, including Australia and Canada, are giving the HPV vaccine to boys.

By contrast, Britain has been slow to respond, except for men who have sex with other men.

Professor Margaret Stanley of Cambridge University is critical, saying: “In the UK, there are now only two groups of people who cannot get the vaccine on the NHS: women who are over 18 and men who are straight.”

As she points out this is a crazy ­situation and it is grossly unfair.

After all, this isn’t an expensive vaccine and it will save lives.