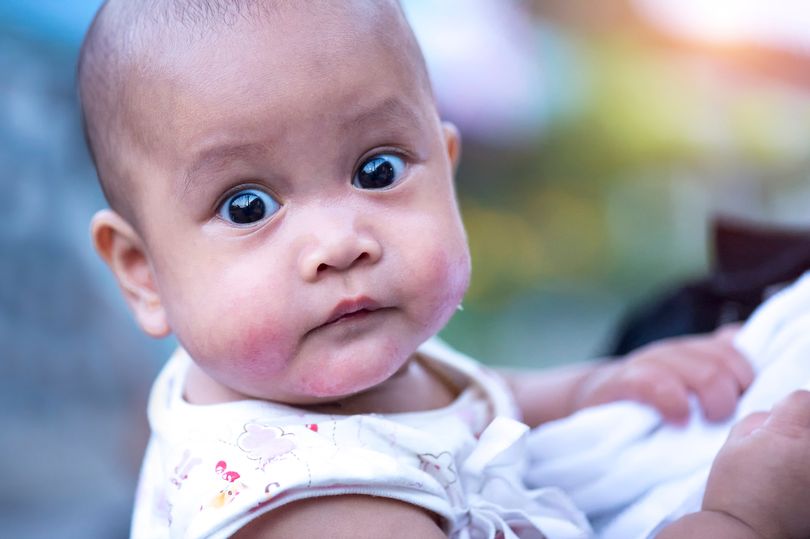 A short time ago I had a letter from a worried grandmother whose granddaughter’s baby eczema wasn’t getting better.

I thought I’d devote more space to allaying her concern because baby eczema (atopic dermatitis) can be quite upsetting for parents and grandparents, and is quite common.

In fact, it’s the most common skin condition in babies and children, affecting about one in five children.

Quite often a failure to get better is simply down to not using treatments as intended, resulting in the eczema not clearing and affecting a child’s quality of life and sleep.

Parents may not realise moisturisers and emollients are essential treatment for long-term maintenance and acute flare-ups, and they should be used liberally and often whether the skin is clear or not.

Steroid creams are powerful and if they don’t seem to work, look at how you use them. Do you use them often enough and spread them enough?

Factors which may make treatments less effective are a steroid cream that’s too weak, not using enough moisturiser, the presence of skin infections, and possibly exposure to allergens. If a baby or child doesn’t improve or has frequent and severe flare-ups while on adequate topical therapy, a second opinion should be sought from a paediatric dermatologist to consider the use of stronger treatments. Steroid creams may be ineffective if they are being applied too sparingly, too infrequently, or for too short a time.

Some parents are concerned about the side-effects and may curtail the use of these medications. However, they should be reassured by knowing side-effects of steroid creams are unlikely if they’re used carefully.

In answer to the question, “how much cream?” the fingertip unit (FTU) is guidance for quantity. It’s the amount of cream squeezed from the fingertip to the first crease of the finger and should cover a skin area equivalent to two palms and be repeated to all areas.

Alternative guidance to parents is to apply enough cream or ointment on eczema so that a visible or glistening layer can be seen, even on broken skin, and apply it once or twice daily.

Moisturisers must be used ­meticulously. Liberal and frequent application of moisturisers, including lotions, creams, gels, and ointments, are a cornerstone of treatment for atopic dermatitis.

Moisturisers exert a steroid sparing effect by repairing broken skin, calming itching and preventing flare-ups. The best moisturiser is the one that works best for you and your child, and is affordable. Keep bathing to a minimum and always use an E45 cream cleanser.