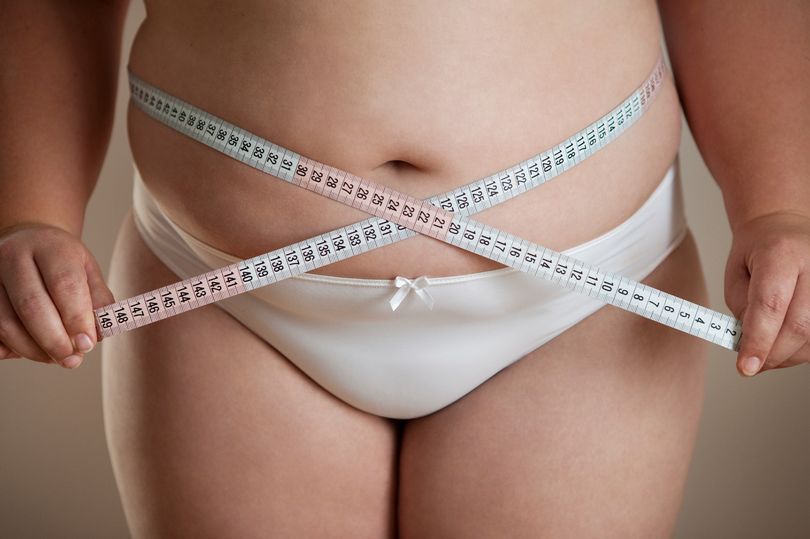 You may have heard that the ratio of your waist to hip measurement is important to your life expectancy.

In fact it’s thought to be more significant than your BMI.

If the ratio comes out at less than one – which it would if your waist measures, say, 36ins and your hips 44ins – then your chances of a long life are good.

If, however, the ratio is greater than one (say, waist 50ins, hips 46ins) the outlook isn’t so good.

And now scientists have found this all important ratio is tied to the risk of a deadly form of breast cancer.

This is because fat round the waist, giving you an “apple shape”, is itself more deadly than fat elsewhere.

The new research from Shandong University in China shows that “pear shaped” women who have fat on their thighs, hips and buttocks are prone to a more treatable form of breast cancer.

They discovered that women with a higher BMI but with a waist-to-hip ratio of less than one are more likely to have ER+ (oestrogen-receptor positive) breast cancer.

This form of the disease, in which oestrogen can attach itself to proteins in the cancer and stimulate growth, is usually treated with hormone blocking drugs.

In contrast, women with a high waist-to-hip ratio are more likely to have ER- (oestrogen-receptor negative) breast cancer.

This form of the disease can’t be treated with hormone blocking drugs and chemotherapy has to be employed.

Significantly, the greater risk of developing ER-breast cancer in women with a high waist-to-hip ratio is present even if they aren’t obese, the research found. For the study, researchers recruited 1,316 women newly diagnosed with breast cancer. Body measurements were taken, details of their form of cancer noted (whether it was ER+ or ER-) and they were compared to a control group.

Lead researcher Dr Zhigang Yu said: “A possible reason is that subcutaneous fat is involved in oestrogen production, which may promote ER+ breast cancer. Visceral or belly fat is more closely related to insulin resistance and may be more likely to promote ER- breast cancer.”

The researchers said that clinicians should assess ER- risk by considering a woman’s body shape before prescribing the anti-breast cancer drug Tamoxifen, which is often given to those at high risk.

Experts stressed the findings were important as breast cancer is becoming a ‘pandemic’ with more than 55,000 new UK cases each year and more than 11,000 deaths.