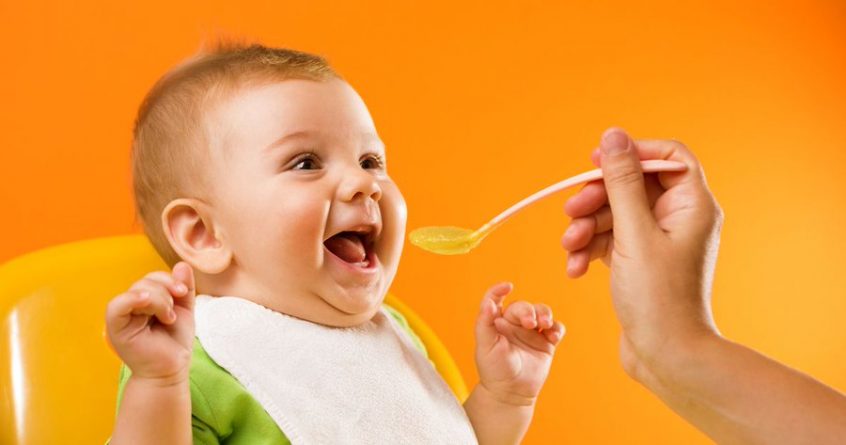 Promotional claims on baby food packaging (CBF) are ubiquitous and, in part, go unregulated. They can also have ‘healthy halo’ connotations which imply

indirect health benefits for babies which could confuse parents.

Researchers Ada Lizbeth Garcia and colleagues at Glasgow University point out a total of 6,265 promotional claims on 724 CBF products culled from seven supermarkets.

Clearly, in the absence of strict regulation, there’s a kind of free-for-all going on. Moreover, this can’t be good for babies or parents. It should be seen against the background of World Health Organisation (WHO) advocacy of exclusive breastfeeding for at least six months.

The average number of claims on each product was nine, of which around five were marketing. But there were examples of up to 17 promotional claims on a single product.

The WHO has called for the establishment of standards for the promotion of commercial baby foods to align with best practice recommendations on infant feeding – and clearly that’s badly needed.

To my mind there are some practices which are frankly dangerous, for instance baby-led weaning claims on 72% of snacks. There’s no justification for snacking as early as 6 months, given the potential to encourage overeating and obesity.

Dr Garcia says: “Since food preferences are formed early in life and infants have an innate preference for sweet and salty foods, promoting sweet [baby foods] containing a high amount of sugar could be detrimental.

“Moreover, it may contribute to high energy consumption and dental caries [tooth decay].

“Dietary goals for fruit and vegetable consumption (five portions a day) are given for children from the age of two, thus the suitability of promoting claims such as ‘contributes towards your 2-of-5’ or ‘contains 1-of-5’ remains questionable,” she adds.

“Endorsements such as ‘nutritionist approved’ or ‘dietitian approved’ are widely used, but the meaning of these endorsements in terms of nutrient quality or veracity of health claims is not fully clear and needs further scrutiny.”

My main concern is that promotional claims on CBFs could mislead parents and not be in the best interest of babies. At the very least policymakers and stakeholders should update guidelines, legislation and policies to protect mothers and babies so that infant feeding recommendations aren’t undermined.