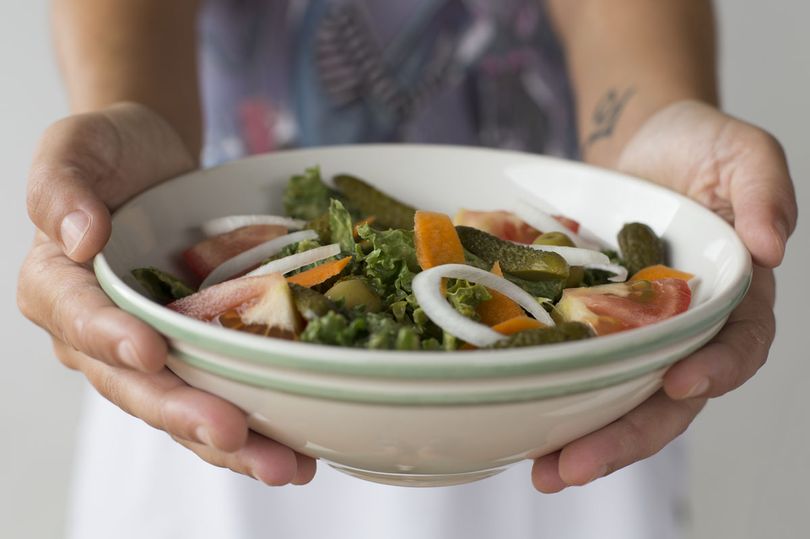 Where did this fad for veganism come from? ­

Vegetarianism is an age-old rejection of eating meat but still eating milk and eggs.

But with veganism we’re talking about the ­rejection of any food of animal origin.

And yes, I have to confess to buying Stella McCartney’s non-animal shoes – but that was more fashion than fad.

One in eight Britons, according to a recent poll, is either ­vegetarian or vegan. The numbers are particularly high among the 18-34 age group.

Plus, being a vegan is a great deal easier than it used to be with Waitrose introducing a vegan range in 2017 and other supermarkets following suit.

But to stay a vegan takes almost ­religious fervour, indeed, some ­adherents argue that veganism is a philosophical belief equal to a religion.

It may be that in the future, part-time veganism is the real growth area: today, more than 20% of Britons claim to be “flexitarians”.

With so many converts is veganism good for you? Not necessarily.

Unbalanced vegan diets can cause nutritional deficiencies because they tend to be lower in vitamins B12 and D, calcium, iodine and some fatty acids.

In the 1950s, some British vegans became ill, with fatigue and tingling hands and feet.

It transpired that this was due to a shortage of B12, found in meat, eggs and dairy ­products, a deficiency that can also lead to anaemia and nerve damage.

However, today dietetic associations in Britain, the US and Canada say that a well-planned vegan diet should pose no problems, even for pregnant women and infants, though it should include supplements or foods fortified with B12 and other nutrients.

And since vegans eat fewer calories and fats, and exclude red and processed meat, veganism is on the whole healthier than the standard Western diet.

Is veganism good for the ­environment?

Raising ­livestock takes about 70% of all ­agricultural land and produces only 17% of the world’s calories.

In 2006, the livestock industry accounted for 9% of CO2 emissions, and generated 30 million tonnes of ammonia.

The clearing of land for pasture, and to grow crops that are fed to animals, is a cause of deforestation.

The situation, however, isn’t simple.

But by and large, cutting out or reducing meat is clearly ­beneficial for the environment.