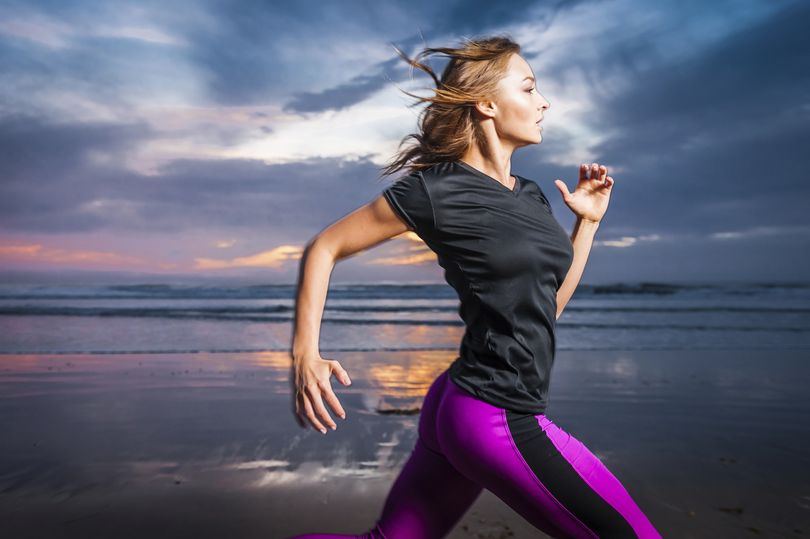 Like other health writers, I try to back up the public health guidelines for exercise and do a minimum of 30 minutes of steady moderate exercise on most days of the week.

But I’ve always wondered how many people do this on a regular basis.

Well, apparently not enough of us because many people don’t have the time. Could we get away with less?

High-intensity interval training (HIIT for short) could be the answer.

You can reduce the amount of time you need to spend exercising by increasing the intensity of the exercise and performing it in 60-second ­intervals with periods of rest.

The one-minute workout is a specific type of HIIT. In your short intense exercise spell (SIT) you go as hard as you can which involves six 30-second “all-out” cycling sprints with four minutes of rest in-between each one.

My own version of this is a 30-second intense hill climb at full tilt on a spinning bike with a 30-second rest.

I then repeat this six times – so six minutes in all, but that’s only three minutes spent exercising.

It seems to work.

One study reported that after just six sessions of SIT over two weeks, participants doubled (yes, doubled) their time to exhaustion during an exercise endurance task (from 25 to 50 minutes).

Participants were doing just three minutes of actual exercise in each session.

The latest studies show that SIT can also lower blood pressure, reduce blood sugar levels and improve the function of the heart, which are all important for reducing our risk of disease.

It also turns out you don’t even have to exercise that long. A recent analysis combined the data from 34 studies (including 418 participants in total)which examined the effects of SIT (with varying numbers of sprints) on changes in aerobic fitness (VO₂max).

VO₂max is the body’s maximum ­capability to take up and use oxygen during exercise and improving it is probably the most important thing you can do for your health.

And, finally, a Canadian study with only three 20-second sprints resulted in lower blood pressure and improved glucose metabolism.

These ­improvements were similar to a moderate aerobic exercise programme that took five times as long.

The implication is that an exercise session can benefit health in as little as 10 minutes. Now that’s something most of us could find the time to do.