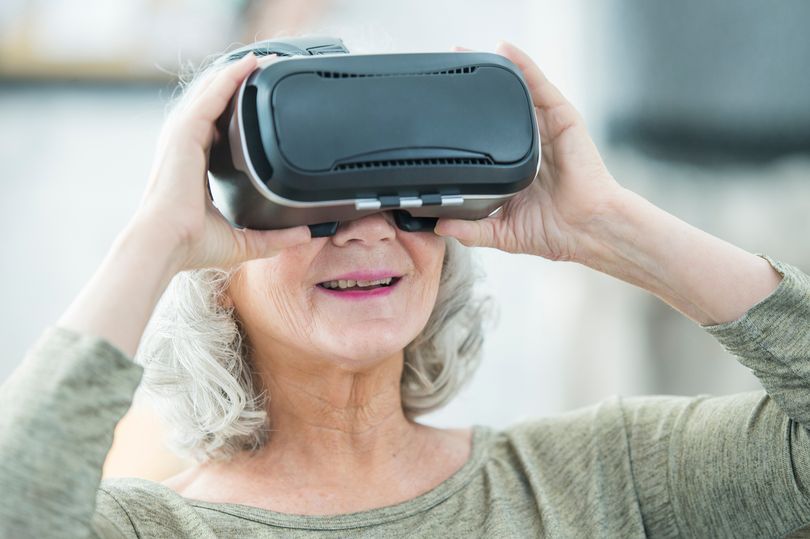 Medicine is getting more and more techie and many of us are ­now relying on devices to look after our wellbeing.

According to research from consulting firm Accenture, four in 10 people said they were using tools such as online services, apps and wearables to manage their stress, improve sleep and boost their mental wellbeing.

We know that one in four people will experience a mental health issue at some point in their life and anxiety is the number one health concern in nearly every London borough.

Mental illness isn’t simply a personal cost, it costs the UK economy about £100billion a year and the NHS is struggling to meet demand.

Is it time to turn to technology such as VR (virtual reality) to fill the gap?

“Virtual reality is transforming psychological therapy in all sorts of areas, from phobias to pain ­management to eating disorders to post-traumatic stress disorder,” says Daniel Freeman, professor of clinical psychology at the University of Oxford who uses VR for psychosis patients.

“There are very few conditions VR can’t help because, in the end, every mental health problem is about dealing with a problem in the real world, and VR can reproduce that troubling situation for you. It gives you a chance to coach people in other ways of responding.

“The people I see are anxious or depressed, or worried about people attacking them, and what they’ve done in their life is retreat from the world.

“With VR, you can get people to do things they haven’t done for years – go in lifts, go shopping, then they realise they can do it in the real world.”

His ‘gameChange’ project even uses a virtual therapist – a friendly computer-generated avatar with a real person’s voice – who carefully guides the patient through the programme.

Another project is HelloSelf, which claims to be the UK’s first online clinical psychology service and provideson-demand video therapy from experts.

Charlie Wells, the chief executive of HelloSelf, says: “We know that talk therapy is a well proven route to wellbeing but it’s very ­expensive. Finding the right therapist is hard and it’s only available to a small section of society, so we’ve got trained real-life psychologists delivering therapy online.”

There are apps which help you to monitor your feelings over time, and many mental health foundations across the UK are already using ClinTouch, a mobile app for people recovering from psychosis, ­schizophrenia and bipolar disorder.

Where the NHS cannot help, an app may be able to.